As Cup approaches, SA counts down and gears up 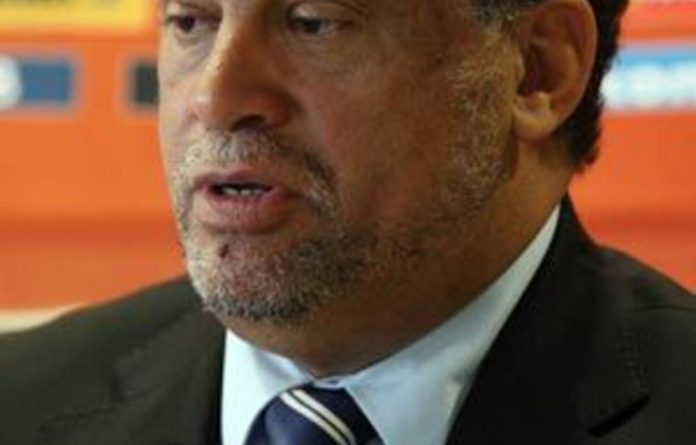 Giant footballs and national flags line the streets as South Africa counts down to the Soccer World Cup, but with two months to go until kick-off, fears about violence and racial strife linger.

But concerns about violence and racial tension in the crime-plagued country have re-emerged after the murder of right-wing AWB leader Eugene Terre’Blanche.

The killing of Terre’Blanche, allegedly hacked to death after a wage dispute on his farm, has focused new attention on violent crime and race tensions in South Africa after his supporters initially vowed revenge — which they later retracted.

The government hopes the tournament gives a boost to the country’s image, luring foreign tourists and investment. It is also counting on the event to build national unity in a country that still bears the scars of apartheid 16 years after the end of the apartheid regime.

On April 15, South Africans will for the first time be able to buy match tickets at sales windows instead of online, coming away with tickets in hand.

Recently, national flags have been flying from car windows, even in white neighbourhoods, where football has not always been the number one sport, and giant inflated footballs have dotted host cities.

Bafana concerns
Last month the police department said it would deploy 41 000 extra police and keep the army on a “state of alert” during the tournament.

But South Africa has in recent months seen scores of violent protests over shoddy public services in poor neighbourhoods, and violence over a new bus network to overhaul long-neglected public transport ahead of the tournament.

The cities’ collective mini-bus taxi drivers have protested violently against the systems.

As the June 11 opening match nears, South Africa’s worries also extend to the mediocre performance of the national side Bafana Bafana, who will play Mexico at Soccer City in the curtain-raiser.

“If there’s one thing I’d like to see the team do much better, it’s in valuing the ball possession,” he told journalists.

“If you see games here in the league, it’s like table tennis. Go and come, go and come. Nobody keeps the ball.” — AFP