Inkathagate: How Buthelezi’s cover was blown 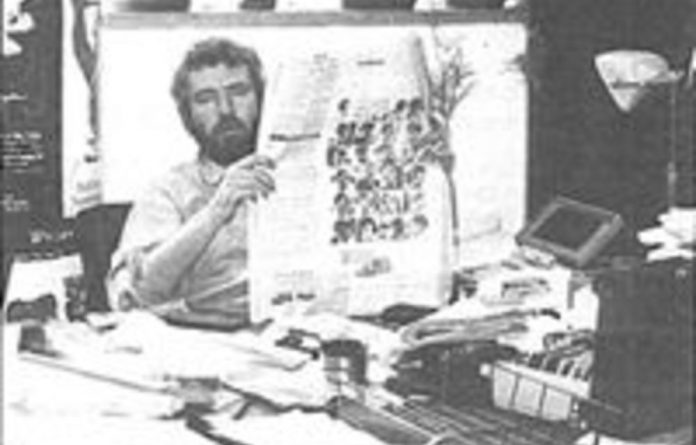 In 1986 a foreign correspondent moved in to the offices of The Weekly Mail with unforeseen consequences for the newspaper.

David Beresford, a South African by birth, had left the country for Britain in 1974 with “no intention of ever returning”, as he is wont to confess ruefully more than a decade later.

After several years in the United Kingdom he achieved his personal ambition of joining the staff of The Guardian, becoming an assistant foreign editor with a particular responsibility for coverage of Africa.

In 1985 he went to Zimbabwe to cover the general election, traveling on to South Africa to visit his widowed mother. While in South Africa he found himself covering the first State of Emergency. His reporting of those events was to win him an award as Britain’s “international reporter of the year”.

On his return to London his editor asked him to go back to South Africa and set up a bureau, to cover what was shaping up into one of the world’s major news stories. Reluctantly, Beresford agreed.

Foreign correspondents, sharing a sense of identity as outsiders, traditionally “hunt in packs”. But, as a South African, Beresford was keen to ‘plug in” to the local press.

A long- time admirer of the Rand Daily Mail, he naturally gravitated towards The Weekly Mail and asked its editors whether he could find some office space with them.

His own editors were at first hesitant about approving the move, fearing he would be swept up in the never-ending police raids on The Weekly Mail but eventually they accepted his argument that was the best way of getting first-hand experience of what was happening in South Africa.

The Weekly Mail was happy to have a representative of the foreign media “in situ” to report on its harassment by the security forces and the state. The move was to prove fruitful for both sides.

Beresford and the staff at The Weekly Mail joined forces to break a number of major stories, including the Almond Nofamela death-row confessions, which led to the “hit squad” scandal, and the Winnie Mandela scandal.

Beresford went on to win a second award as Britain’s top foreign correspondent while the relationship between The Weekly Mail and The Guardian developed to the point, in 1993, when the British newspaper became the largest investor in The Weekly Mail, then renamed the Mail & Guardian.

Of the stories which Beresford and The Weekly Mail tackled, none was quite as dramatic, or significant as the “Inkathagate scandal” which wrecked the political careers of two of the country’s most powerful cabinet ministers and arguably changed the course of South African history. Like most ‘scoops” was all due to one of those creatures so beloved of “investigative” journalists, the “whistle blower”.

In the winter of 1991 Beresford was preparing to leave for Europe on his annual holiday when he received a telephone call from a mysterious informant in London. The caller said he had some information and documents which would interest The Guardian.

He asked for, and received assurances from Beresford that he would make no attempt to discover his identity. Several years later, in different circumstances, he did disclose his identity and told Beresford the full story of how he obtained what were to be known as the Inkathagate documents.

The informant’s name was Brian Morrow and he was a former warrant officer in the security branch. He joined the South African police in 1986 to avoid conscription into the army, and was stationed as CR Swart Square, police headquarters in Durban.

Quickly becoming disillusioned by the security branch he began pinching documents from the station’s filing department with the vague thought of using them to expose some of the sinister activities of the apartheid police force.

The most secret documents were contained in “Stratcom” (strategic communications) files in a heavily protected room. But for a brief period they were moved into a less secure section while building renovations were carried out and Morrow managed to get access to them and slip a few out.

By then he was beginning to come under suspicion among his colleagues. His commanders had discovered that documents were missing and on a couple of occasions exits from the building were suddenly blocked and searches carried out in an attempt to identify the culprit, without success.

At one point Morrow began finding messages left on the car windscreen, purporting to be from ANC supporters and appealing to him for help. “I went straight to my boss with them,” he recalled later. “I figured they knew it was me, they just didn’t have the proof.”

In 1990, Morrow was riding as a passenger in a police car when the speeding driver jumped a stop street in a Durban township, ramming into another vehicle. Under pressure from commanders to give testimony blaming the other vehicle for the crash, Morrow thought: “Sod this country. I’m going to go overseas and leak the documents.”

Which was how he came to telephone Beresford. Beresford flew to London and met Morrow at a pavement cafe in Soho where he was given the documents.

They showed that the Inkatha leader, Chief Mangosuthu Buthelezi was in the pay of the South African police. Which made them political dynamite.

The chief had long been one of the most powerful black politicians in South Africa. Originally a member of the ANC — which had persuaded him to accept a government post as chief minister of the KwaZulu-Natal homeland, with the intention of using him as a fifth columnist — Buthelezi had broken with the liberation movement in the late-1970s and had become one of its most bitter opponents.

He had, however, managed to maintain something of a reputation in the international community, as well as among businessmen, as an anti-apartheid activist. “The anvil on which apartheid ultimately faltered,” was how one powerful business leader, the head of Anglo American, Gavin Relly was to describe him.

But there were suspicions among the left that Buthelezi’s obsessive hatred for the ANC — which he had repeatedly accused of trying to kill him — had driven him into the arms of the apartheid government.

There were fears that lnkatha and the National Party would in fact form a potentially powerful political alliance to fight the ANC in the elections which would follow a constitutional settlement.

Morrow’s documents, some marked “top secret, proved the suspicions in dramatic fashion. They showed that Buthelezi was keeping a secret bank account at a Durban bank — it subsequently transpired without the knowledge of the rest of the Inkatha leadership — into which the notorious Security Branch had been making payments.

They also showed that the security forces were directly involved in the funding and running of a trade union federation linked with Inkatha, the United Workers Union of South Africa (Uwusa).

Beresford faxed the documents to The Weekly Mail from London. On July 19 1991 The Guardian and The Weekly Mail simultaneously published details on their front pages, with explosive effect.

Morrow still lives in exile
The full story of how Brian Morrow obtained the documents did not emerge for several years. By mutual agreement Beresford never attempted to discover Morrow’s real identity. But the police, infuriated by the breach of security and their political humiliation, began hunting him.

There was a break-in at Beresford’s Johannesburg house, as well as attempts to burgle newspaper offices in the city which, it subsequently emerged, were part of the Inkathagate witch-hunt. The police were apparently successful in the end, because Morrow, now working as a teacher in England, began receiving death threats as did members of his family back in South Africa.

One anonymous caller told him where he and his wife had been over a succession of days, indicating the South Africans were keeping them under surveillance in Britain. The British government eventually stepped in and gave him protection.

But Morrow was effectively trapped in exile — being unable to return home to South Africa to see his family, for fear the police would use the technicality that he had breached the Official Secrets Act to arrest him.

After several unsuccessful attempts to get indemnity against prosecution from the South African government, Morrow contacted Beresford again in early 1995 to give him the story, in the hope of bringing pressure on the authorities to grant him indemnity.

At the time of writing Morrow was still an outlaw in South Africa … for exposing the wrong doings of the police and the Nationalist government.