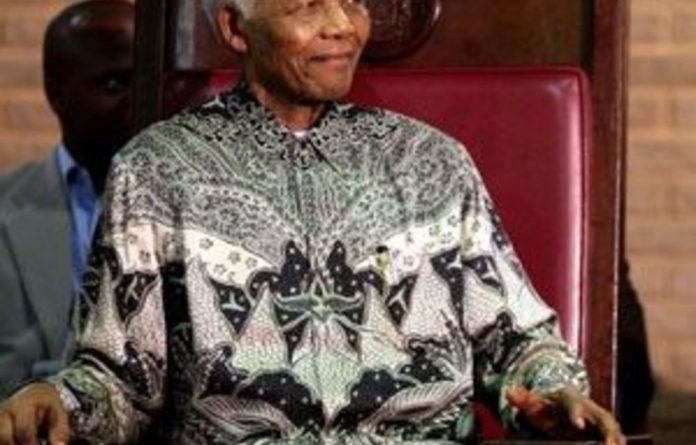 Nelson Mandela plans to skip the opening ceremony of the Soccer World Cup finals in South Africa in June and will watch the tournament from home, his grandson said on Wednesday.

Asked if the former South African president, who is 91, would be present as hoped for by organisers, Chief Mandla Mandela replied: “Certainly not. My grandfather at this age is very elderly and we are not trying to intensify his programme.”

“He’s said he would prefer to be at home in the rural countryside to spend time at the farm,” Mandela said in an interview with AFP during a trip to India.

“What we understand is that during the World Cup he will be given the opportunity to rest in the countryside.”

A final decision will be made by the family and the Nelson Mandela Foundation closer to the start date on June 11, he added, stressing that there were no immediate health worries.

Last Friday, FIFA president Sepp Blatter said he was hopeful that Mandela would be strong enough to open the finals.

The increasingly frail anti-apartheid campaigner made his last public appearance on February 11 when he visited the South African parliament to mark the 20th anniversary of his release from prison.

His grandson, in India for South African national day celebrations, said Mandela would watch the games on television. His rural home is in Qunu in the Eastern Cape province, his birthplace.

“We always watch soccer with him but unless the team is winning 2-0 he doesn’t feel comfortable,” he said. “Once it’s a tight situation, he usually walks away and says it’s too nerve-wracking.”

On repeated speculation about Mandela’s health, he said: “My grandfather has always been in good health.

“The media will always put something out to sell papers. Every time my grandfather goes to the hospital for his monthly check up it’s used as platform to say he is ill,” he said.

He said the family’s only concern was Mandela’s knees, due to his top-heavy physique which puts pressure on the joints.

Despite this, the former president still manages to walk around thanks to his “stubbornness” and determination, he added. –Sapa-AFP