Fury of a gunpowder philosopher 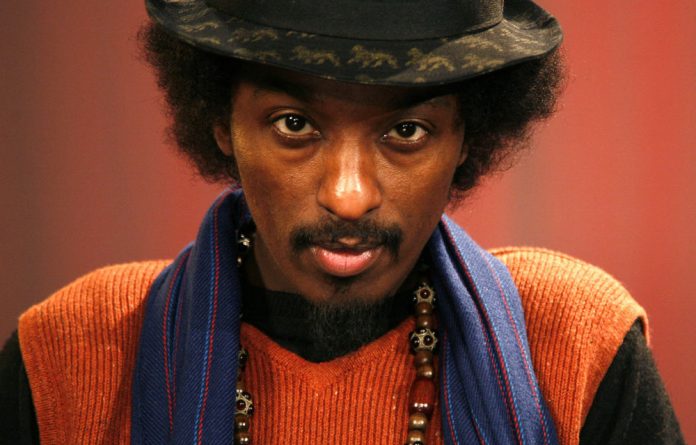 Somalia-born K’naan offers the hip-hop scene something other than violence and terror, writes Percy Zvomuya

When K’naan (31) emerged on the hip-hop scene in 2005 with his album, The Dusty Foot Philosopher, it seemed that, for once, war-torn Somalia was giving the world something other than the usual stories of misery and terror.

The album won him a newcomer of the year award at the BBC Awards for World Music. In a genre in which form and ostentation — self-referential, hollow sounds ringing with bling– seem to matter more than substance, K’naan seemed like the real deal.

Here was someone whose angular edges and unrehearsed cynicism weren’t something he had picked up on television. His rugged, brutal tales weren’t just exaggerated acts to earn street credibility and keep those who mind the tills happy. In TIA, the first song on his latest offering, Troubadour, K’naan sings: “I wasn’t ever looking for street cred/ But these streets bred me to be street safe.”

When he was 14, K’naan (born Keinan Abdi Warsame) and his mother boarded one of the last flights out of Mogadishu. The year was 1991 and he was fleeing a country that was soon to be balkanised by warlords, each controlling and defending his turf.

His family settled for a while in New York, where he was first exposed to hip-hop, before they moved to Canada. That momentous journey from Mogadishu to the West is one that he returns to in his works time and again.

K’naan is unapologetically Somalian and violence, his homeland’s most defining trait, is one that he regularly taps into: “We from the only place worse than Kandahar,” he declares in the song Dreamer.

Troubadour melds a migrant’s angst, the soft, jazzy timbres of Africa and an intimate knowledge of violence, war and loss. The album is a capsule of the world, which is to say the American world, viewed through the lens of a socially conscious Somali.

His album is spiced with references to legends such as Fela Kuti, Lucky Dube and others — he familiarly alludes to them as though they were generous uncles who regularly popped in at the family home when he was a boy.

He also samples the continent’s rhythms, especially those of Ethiopian jazz artists such as Getatchew Mekurya and Mulatu Astatke.

The CD is angry and sentimental, though not in a mawkish way. His songs have that quietly explosive tone you would expect from someone who Damien Marley (on the track I Come Prepared) acknowledges as a “gunpowder philosopher”. K’naan boasts cordite’s sound and fury.

The Somali-Canadian’s rendition of his universe is one that is in touch with the tough streets; and not just North American streets overrun by unfriendly cops, but his native country — a state that has not known peace for two decades.

K’naan’s interpretation is one that runs against popular discourses. He defends Somali pirates, for instance, describing them as coastguards protecting Somali waters from toxic waste that has been dumped there ever since the collapse of its central government two decades ago. This stance has made him an unlikely posterboy for Coca-Cola, which chose his song Wavin’ Flag as the official anthem for the 2010 World Cup.

One hopes that K’naan is to Somalia what Chelsea striker Didier Drogba was to war-torn Côte d’Ivore — a catalyst to a lasting peace.