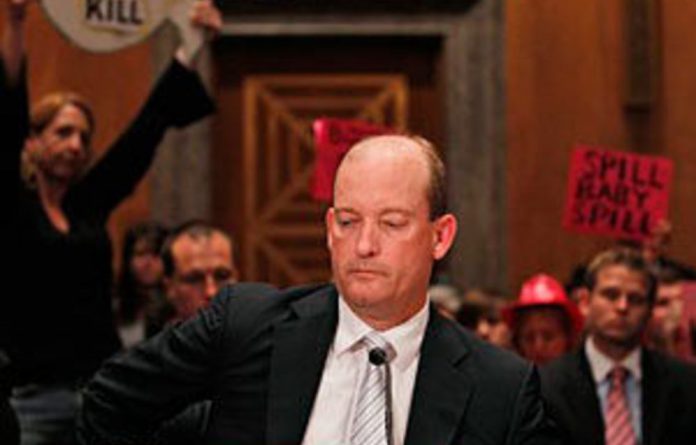 The oil spill in the Gulf of Mexico will be in the political spotlight in Washington on Tuesday as energy giant BP scrambled to contain crude spewing from its ruptured deep-water well.

President Barack Obama will create a presidential commission to probe the disaster as the oil industry and its practices come under sharp scrutiny in the face of a looming economic and ecological calamity in the Gulf.

“Whether it’s a nuclear meltdown at Three Mile Island or an oil blowout one mile deep, appointing an independent review panel is critical to reduce the risks of future accidents,” said Edward Markey, chairperson of a House of Representatives committee on global warming and energy independence.

The presidential commission will investigate issues related to the spill and its aftermath, including rig safety and regulatory regimes at the local, state and federal levels.

The federal government’s oversight role, environmental protections, and the “structure and functions” of the Minerals Management Service, the Interior Department agency that has been heavily criticised for regulatory lapses, also will be on the panel’s agenda.

With a shake-up of the agency imminent, Chris Oynes, the top official overseeing its offshore oil and gas drilling, announced he would retire at the end of the month.

Interior Secretary Ken Salazar is due to face questions from the Senate Energy and Natural Resources Committee on Tuesday about the agency’s failings on issues surrounding the oil spill and how the Interior Department will be reformed.

A Senate Commerce Committee hearing on the oil spill is also due to question BP America President Lamar McKay and Steven Newman, president of Transocean, which owned the rig that exploded and was working on behalf of BP.

Some progress
London-based BP said its latest “quick fix” — a 1,6km-long siphon tube deployed by undersea robots down to the leaking well– was capturing about a fifth of the oil leaking from the ruptured well. Officials cautioned that the tube is helping contain the oil but will not stop the flow.

“I do feel that we have, for the first time, turned the corner in this challenge,” BP chief executive Tony Hayward said in Florida. BP’s stock rose more than 2% in London on the news but later shed its gains.

Investors have knocked $30-billion off BP’s value over the spill, which followed the April 20 rig explosion that killed 11 workers, and the fallout it faces is ramping up.

The disaster has hurt BP’s image, already tarnished in the United States from a 2006 spill in Alaska from a BP-owned pipeline and 2005 fire at the company’s Texas City refinery that killed 15 workers and injured 180.

Battling to salvage its reputation, BP said on Monday it was providing grants to Gulf coast states to help them promote tourism.

Tourism and fishing are two of the economic mainstays in a region known for its beaches, wildlife and mild climate.

While the US Gulf Coast has so far been spared a massive landfall of heavy oil, small amounts in the form of surface sheen and tar balls, have come ashore in outlying parts of the coastline of Louisiana, Mississippi and Alabama. — Reuters