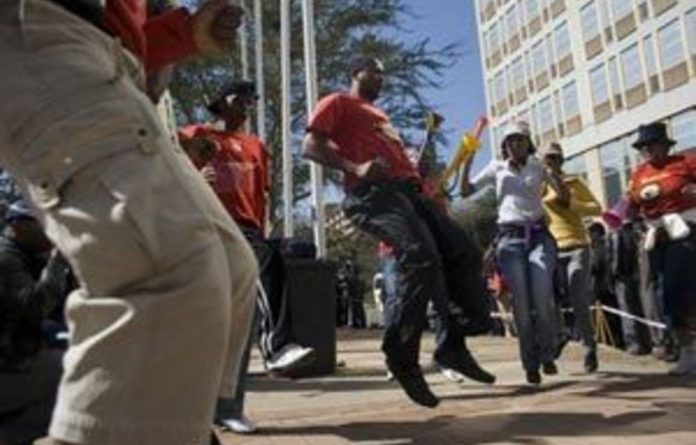 Two national strikes by transport unions that have disrupted economic activity and left commuters stranded for days could be over by the end of the week.

While they would not divulge details of the Transnet offer, the talks with Prasa at the Commission for Conciliation, Mediation and Arbitration had yielded positive results by Wednesday night.

“We think we’ve got a deal [with Prasa]. We got a draft agreement … we will seek mandates [from members] very early in the morning [Thursday]. Based on the mandate, we could sign tomorrow morning,” said Chris de Vos, United Transport and Allied Trade Union general secretary.

The parties had earlier agreed on a 10% wage hike and a meeting late on Wednesday managed to resolve a clause in the conditions of employment.

The unions had battled Prasa’s offer regarding this clause, saying it would disadvantage workers as it meant wage increment money would be taken from their night shift and overtime allowances.

“We have a process in place on how to deal with it [conditions of employment],” de Vos told the South African Press Association at 10pm.

Tinzi said the unions could sign, provided workers gave them the go-ahead.

“Tomorrow we’ll be consolidating all feedback from all provinces as to whether we should sign or not,” Tinzi said.

He referred questions regarding the Transnet matter to Satawu’s chief negotiator Jane Barrett, who could not immediately be reached for comment.

On the Transnet strike, De Vos said the “majority of our members say we will accept, so we could sign by 4pm”.

The unions had been on strike at Transnet since last week, causing estimated damage of R30-million to the parastatal’s equipment.
Economists put the loss to the economy at anything between R1-billion and R15-billion.

On Monday, union members working for Prasa also downed tools, prompting the agency to shut down services at Metrorail, Shosholoza Meyl and Autopax bus services across the country. — Sapa