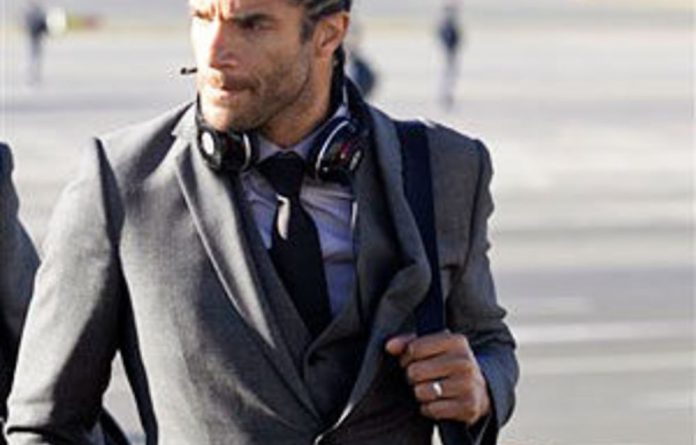 England arrived in South Africa on Thursday morning hoping a favourable first-round draw can be the catalyst for a serious World Cup challenge.

Cool, clear conditions greeted some of the most watched performers in the global televised football arena when they landed at OR Tambo International Airport in Johannesburg with manager Fabio Capello.

“I hope the World Cup will be a big success for South Africa and also for my team. Thank you. It is good to be here,” the Italian told reporters on the airport tarmac.

Live broadcasts of virtually all English Premiership matches mean the stars of Chelsea, Manchester United, Arsenal and Liverpool are more recognisable to many South Africans than domestic equivalents.

A recent survey here revealed England would be the second most popular team after Brazil among local supporters should the national side fail to go all the way in the June 11-July 11 tournament.

Once immigration formalities had been completed at a temporary arrival facility, England headed by luxury coach for Rustenburg.

It is there at the 45 000-capacity Royal Bafokeng Stadium on June 12 that England launch their Group C campaign against the United States, shock victors 60 years ago in the sole previous World Cup clash between the countries.

Unexpected qualifiers Algeria will be the second and possibly weakest first round opponents in Cape Town six days later, followed by another coastal setting for the game with Slovenia on June 23 in Port Elizabeth.

While pundits harbour mixed views on how far Wayne Rooney-inspired England can go, there is unanimity that not coming first on the group table would be a massive setback.

As winners England would probably meet and defeat Australia, Ghana or Serbia for a place among the last eight — where they exited the last two World Cup tournaments — but finishing second means bogey team Germany loom large.

Heartache
Since overcoming Germany 4-2 after extra time in London to win their only World Cup 44 years ago, England have experienced constant heartache against the decades-old rivals.

Capello confirmed this week he will lead his “Lions” in the Euro 2012 qualifiers after media speculation linked him with recently crowned European champions Inter Milan as a replacement for new Real Madrid boss Jose Mourinho.

The Italian has transformed England from a team that failed to even reach the Euro 2008 championship under Steve McClaren into 11-2 third favourites behind Spain and Brazil for the world title.

But the rules are vastly different under Capello, who has never tolerated the celebrity-driven distractions that helped undermine some previous England campaigns. — AFP