Mphela: We are ready for Mexico 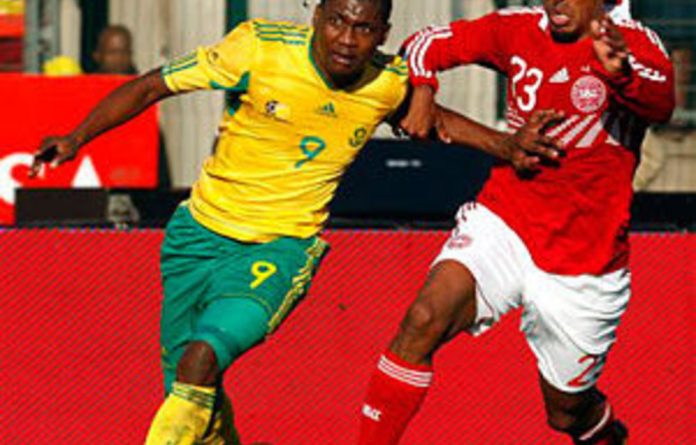 Mphela grabbed six goals for the host nation in five warm-ups last month, including two each against international football lightweights Thailand and Guatemala.

But the star linked with English Premiership outfit Birmingham City accepted goals would be much harder to come by against rivals who completed an extensive build-up by defeating World Cup holders Italy 2-1 in Brussels.

“I have watched the Mexicans against England, Netherlands and Italy and they are good,” noted the striker, who came to the fore during the dress rehearsal Confederations Cup last June.

“If I get a chance to score I will as the last five matches have done wonders for my morale and that of other players. We are ready for Mexico,” he told reporters.

“Our opponents can be sure of one thing — they are heading for a tough 90 minutes,” warned Mphela ahead of the Friday afternoon opening match at Soccer City in the four-yearly international football showpiece.

Mphela sprang to prominence by scoring twice against winners Spain — including a brilliant free kick — in the Confederations Cup third-place play-off.

Slump
But as Bafana Bafana went into an eight-loss slump, Mphela also suffered as his predatory skills vanished and confidence plummeted.

There was even talk of the physically formidable 25-year-old being sacrificed for Benni McCarthy, but the West Ham striker could not match the fitness benchmark and failed to make the final 23-man squad.

South Africa held a training session on the edge of the Johannesburg central business district and the biggest cheers from several hundred supporters were reserved for goalkeeper Itumeleng Khune and midfielder Steven Pienaar.

A mainly young, multi-racial crowd demonstrated how Bafana have won the support of a nation normally divided along colour lines.

Vuvuzelas were sounded regularly and limbering-up was followed by a practice game that reserve goalkeeper Moeneeb Josephs left early as a precationary measure. — Sapa-AFP