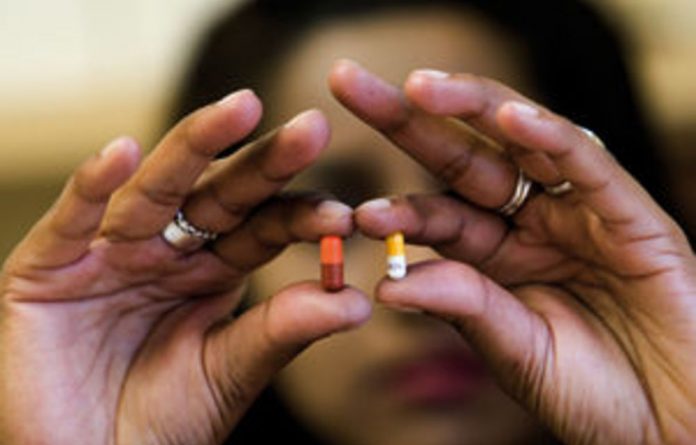 In December 2007 the government enacted the Sexual Offences Act, legally requiring that certain HIV-related services be made available to rape survivors.

While it is commendable that the legislation creates an entitlement to PEP and sets out clear duties for medical practitioners and police officials to ensure rape survivors can access the medication, the policy framework for the implementation of PEP services is inconsistent and patchy, leaving healthcare workers and police officials to make individual decisions rather than following clear, consistent guidelines.

To make the right to PEP a reality, government departments responsible for PEP-related services are required to issue instructions and directives to their agencies to guide implementation. In response the police commissioner and director general of the health department published guidelines to be followed by police officials investigating sexual offence cases and by healthcare practitioners dealing with such cases.

The accuracy and completeness of these policy guidelines is critical because they act as the ‘terms of reference” for police officials and healthcare professionals working with rape survivors. It is of great concern, therefore, that these guidelines are not fully consistent with the Act.

According to the Sexual Offences Act, the role of the police is to inform rape survivors about the availability of PEP at state expense; the necessity of starting the treatment within 72 hours of exposure; and where the treatment can be obtained. Given that the effectiveness of PEP decreases rapidly over time, it is crucial that rape survivors receive this information swiftly.

While many rape survivors choose not to report their ordeals to the police, for those who do, the police are often the first point of contact. As such, the police play a vital role in access to PEP. The SAPS’s national instructions request police officials to ‘form an opinion” on whether the victim was exposed to HIV during the offence; only if they contend that there was exposure must they provide information on PEP.

Accordingly, SAPS members are given discretion as to whether they should provide information on emergency medical services. Police officers forming medical opinions that affect access to life-saving treatment is not only inconsistent with the law but may seriously jeopardise rape survivors’ ability to prevent HIV infection.

Following the passage of the 2007 Act, the directives published by the health department stipulate the role of healthcare professionals in managing rape survivors. Of central concern with regard to PEP is the issue of HIV testing.

Since the prophylaxis will be effective only if given to those who are HIV negative, a person should generally be tested before starting treatment. Taking into account that rape survivors may be too traumatised to test for HIV at the initial visit to the healthcare facility, the directives allow them to receive a three-day starter pack of PEP without testing.

A test would then be undertaken at the next visit to the facility, when the survivor comes to collect the remainder of the drugs. If, however, it is foreseeable that the rape survivor is unable to return to the facility as a result of financial, health or transport concerns, healthcare professionals are advised to hand out the full 28-day supply during the initial visit.

While this flexibility is commendable, it is also problematic because the directives fail to address what should be done if a rape survivor wishes to receive all the drugs at the initial visit, but refuses to test for HIV.

Should the healthcare professional still hand out the full course of drugs? One could argue that under the principle of patient autonomy it is the rape survivor’s decision whether to test for HIV. But if the survivor is already HIV positive, there are concerns that taking the full course of PEP could increase her likelihood of developing drug-resistant HIV.

The question of patient autonomy versus patient safety is central to the provision of PEP and it is up to the health department to address such complex issues. Without doing so, the directives leave healthcare workers responsible for dispensing the treatment, with little guidance.

Furthermore, the health directives fail to make provision for the legislative requirement to supply rape survivors with a list ‘containing the names, addresses and contact particulars of accessible public health establishments” that offer PEP.

Under the Act, if PEP is not provided at a facility, survivors will be informed where it is available. The Act further states that the department must designate health establishments to provide PEP and must publish their names in the Government Gazette by May 21 2008 and at intervals of at least six months thereafter. It is now two years past the due date and this still has not happened.

While the police published a list of healthcare facilities designated for PEP in August 2008, this list does not contain the addresses and is not up to date. The existence of the SAPS list also does not excuse the health department from its obligation to establish and update such a list and make it available to healthcare facilities so that appropriate referrals can be made.

The absence of such a list would not be too concerning if information on where to get PEP was easily accessible. Only the websites of the Eastern Cape and Gauteng health departments provide information on which healthcare facilities offer PEP.

At the time of writing, however, neither website was functional. Even when calling provincial health departments, it is difficult to obtain information regarding PEP provision.

Finally, there is a crucial difference in policy and practice regarding police involvement in the forensic management of rape survivors which seriously undermines survivors’ autonomy and decision-making abilities.

The health directives give rape survivors the option of having a medicolegal examination and having the medical evidence retained for a minimum of six weeks without laying a charge. This gives survivors time to decide whether they want to lay a charge while ensuring that medical evidence is preserved.

In practice, however, rape survivors often do not have this choice because the kits for the sexual assault examination are stored at police stations and the police must bring the kit to the hospital. This police involvement may put undue pressure on rape survivors to lay a criminal charge.

Policy is often the first step to changing practice. If South Africa is serious about improving service delivery for rape survivors through the Sexual Offences Act, uniform guidelines that are consistent with the law must guide the conduct of police officials and healthcare professionals. Only then can access to PEP for all rape survivors become a reality.