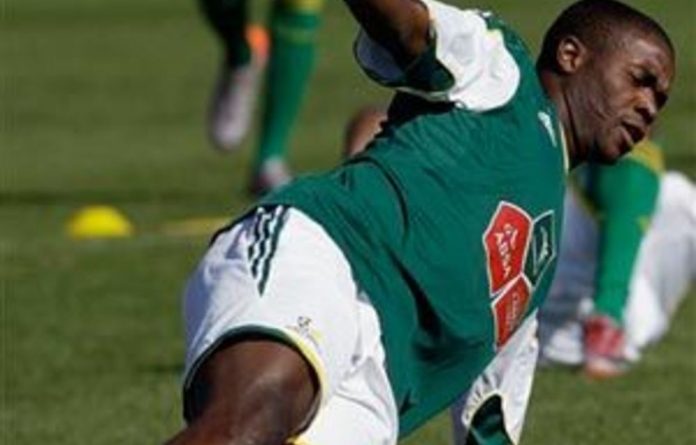 On the anniversary of the Soweto uprising that galvanised the fight for freedom by black South Africans, the World Cup hosts will try to capture an emotional and much-needed triumph.

South Africa face Uruguay on Wednesday night with both teams level with Mexico and France in Group A, after a pair of opening draws that have left two spots in the second round up for grabs with each team facing two more matches.

As if that pressure was not enough on Bafana Bafana, the match-up comes on Youth Day, a holiday that commemorates the 1976 Soweto tragedy where deaths touched off events that helped bring an end to apartheid rule in the 1990s.

“We all know what the day means for South Africans, and especially for the youth,” South Africa captain Aaron Mokoena said. “It would be very special to win the game on the day. It is a day we all remember. It would be absolutely excellent to win on the day.”

Uruguay will face South Africa exactly 34 years after police fired upon black youths in Orlando — site of a concert on the eve of the World Cup — protesting an edict to impose the Afrikaans language upon them.

Instead of angry threats and mournful cries of a generation ago, it will be the sound of vuvuzelas that will inspire South Africans on this day.

“We still want to hear the vuvuzelas,” Mokoena said. “It would be absolutely great to have this support … It’s a game we need so badly.

“Knowing millions of South Africans are behind us is very encouraging.”

‘You have to take a chance if you’re going to win’
South Africa coach Carlos Alberto Parreira, the 67-year-old Brazilian who guided his country to the 1994 World Cup title, figures that South Africa’s 1-1 opening draw with Mexico and a 0-0 Uruguay-France draw have eased the load.

“The most difficult game was the first one. The whole world was watching. The pressure was there. Now we feel comfortable,” Parreira said. “Now it’s very clear for everybody. You have got to win one of the two games. Every team that doesn’t win still has a chance in the final game.”

One victory would ensure South Africa not becoming the first World Cup hosts ousted in the first round, Parreira feels, but he also warned that means taking chances.

“You have to win one of these two games or else you are nothing,” Parreira said. “We can’t just sit back. You have to take a chance if you’re going to win. Three draws and you go out. I prefer to take risks and go to the next round. It’s going to be a battle of our skills trying to break their defence.”

“I’m not stressed. I’m not panicked. But this is unsettling,” Parreira said. “The whole country is expecting us to deliver. I told my players, ‘Believe in yourselves and good things will happen’.

He is also watching other matches and seeing mistakes by goalkeepers, a fact he has not talked about with South African goalkeeper Itumeleng Khune.

“I never mention this,” Parreira said. “He is confident. He’s in amazing shape. I don’t want to bring this into his mind. He doesn’t fear. That’s what I like.”