Resurrection plant could save us 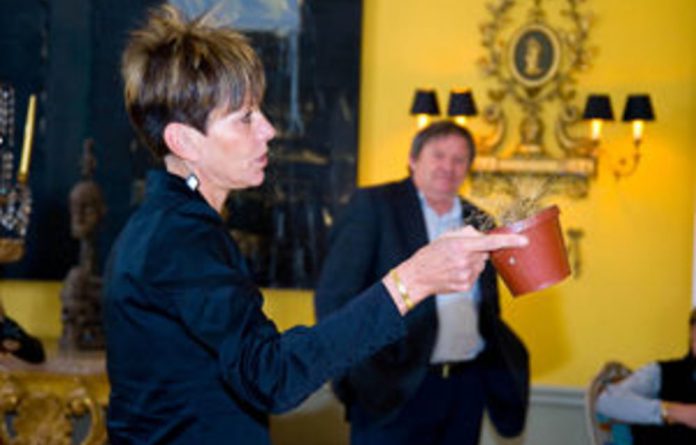 When you sit down to a bowl of cornflakes one breakfast time 40 years from now, you might just want to close your eyes and offer thanks to Professor Jill Farrant.

The United Nations Food and Agriculture Organisation predicts that climate change will force many countries to abandon crop farming by 2050. But ground-breaking work by Farrant could save the day.

She holds the research chair in molecular physiology of plant dessication tolerance in the University of Cape Town’s department of molecular and cell biology and is a world expert on ‘resurrection plants”.Mostly endemic to South Africa, these plants can tolerate up to 95% water loss for months — even years — but revive completely after 24 to 48 hours of exposure to water.

‘In my 15 years of researching, I’ve never been able to kill a resurrection plant,” Farrant says. Resurrection plants stave off death by ‘switching on” specific genes during times of drought. As the plants dry out, a complex biochemical process produces two types of sugar molecules — one that is simple (sucrose) the other more complex (oligosaccharide).

Together, these protect the plant’s vegetative tissue during its state of suspended animation. But resurrection plants are not only drought resistant, they are also highly sugar nutritious.

What is more, resurrection grass (Eragrostis nindensis) has a close relative (Eragrostis tef) that is cultivated in Ethiopia, where its high-protein, gluten-free seeds constitute a food staple. ‘In the same way that humans have bred plant species together over the centuries to create oats, maize and wheat,” Farrant explains, ‘so too can we breed desiccation-tolerant, drought-resistant crops in the Eragrostis family without having to go the genetically modified route.”

In recognition of her work, the Oppenheimer Memorial Trust last month awarded Farrant the 2009 Harry Oppenheimer Fellowship Award, worth €100 000. The award will enable her to go to the University of Zurich this month to find out more about how resurrection plants produce and store the sugars and about other protectants that prevent them from dying during drought.

Later in the year Farrant will spend time at the Consiglio Nazionale delle Ricerche (National Research Council) in Rome, trying to find how resurrection plants ‘switch on” their drought-protection genes. While in Rome Farrant will do as the Romans do — or, to be more precise, what Dr Francesco Loreto does.

Loreto has developed new technology, the proton transfer reaction mass spectrometer, which is the first instrument in the world that can detect the miniscule lipid volatiles that act as the resurrection plant’s genetic ‘switch”. It’s a long way from the river that runs through Farrant’s family farm near Waterberg in Limpopo, where, as a little girl, she sat on her favourite island and noticed that a plant that had been ‘dead” the evening before was now miraculously alive.