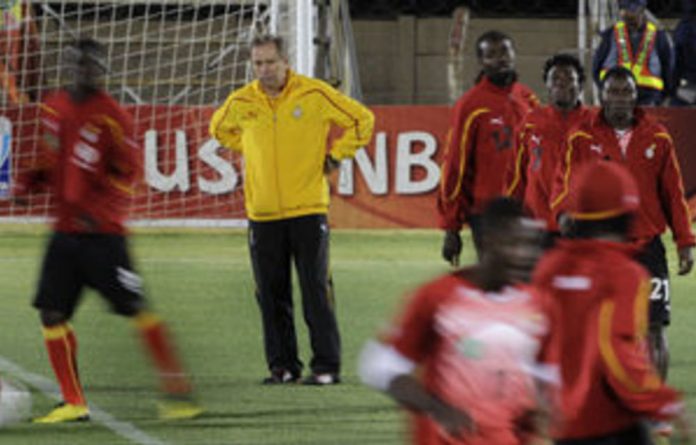 Mogwase is a somewhat desolate setting in the north west of the country but has the kind of quiet that Ghana seemingly prefer.

For a side who have an impending game in the quarterfinals of the World Cup, their training on Monday night was a distinctly low key affair, a handful of camera crew and reporters on hand in an otherwise deserted stadium, even though the training was open to the public.

Mogwase sits about 10 kilometres from Sun City, where Ghana are based. It has all the depravation of a rural community, the parched landscape in stark contrast to the green and manicured turf at their local stadium, upgraded to suit Fifa standards so that it could be used as an official training venue.

Ghana are a typical African side full of frivolity, slow to get going at training but once in their stride, quick to express enjoyment and competitiveness with loud shouts of encouragement and teasing.

On Monday they trained for almost two hours, although it was no more than a light session. First some jogging, then a small sided game and then shooting practice, which was markedly poor. In between their three goalkeepers practiced penalties among themselves.
Afterwards the players talked to the media, the more senior stars happy to give of their time, the younger generation skulking away like naughty schoolboys trying to bunk class.

It is the infectious enthusiasm which speaks of a strong team spirit. But Ghana seem no different to most other African sides in their preparations, although their results have been in marked contrast to the other sides.

Now they sit holding the continent’s expectations, a factor they recognise in their interviews but one that the coach Milovan Rajevac obviously wants to play down. Perhaps he fears it could be a burden too big for the Black Stars, but the joyous mood at training seems to suggest Ghana have gone where they always planned to go and anything extra now at the finals in South Africa would be a massive bonus.

There are the third African side into a World Cup quarterfinal. Both Cameroon in 1990 and Senegal in 2002 lost narrowly in their bid to get to the semifinals. Ghana have as a good a chance as any to progress to the final four and set a new benchmark for African football.

Low-key start to a busy season