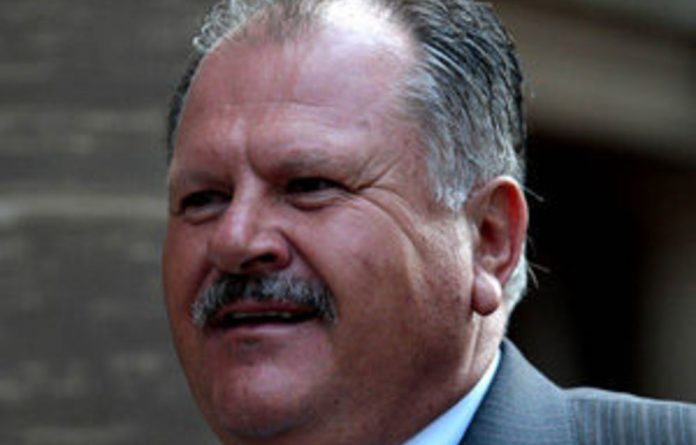 On May 26 2006 the Mail & Guardian published its first exposé of the links between then-national police commissioner Jackie Selebi and a man called Glenn Agliotti. We suggested the Scorpions were also interested in that relationship — something that was initially denied.

We also revealed some details of the last hours of mining magnate Brett Kebble, whose killing in September 2005 had launched the M&G investigation. Those details included the fact that Agliotti had called Selebi on the night of the murder.

That story — and a sustained series of follow-ups — showed that Agliotti was a common denominator in an astounding network of people operating on the wrong side of the law.

They included Kebble himself and his consigliere, John Stratton, who both appeared to have played a significant role in the massive frauds at the companies Kebble controlled, JCI and Randgold.

Agliotti was also connected to security company boss Clint Nassif, Kebble’s security adviser, who later pleaded guilty to involvement in storing part of a massive shipment of hashish. That shipment also connected Agliotti to an international drugs syndicate with members in Canada and Paris.

Agliotti was also a friend of Billy Rautenbach, then a fugitive from justice in Zimbabwe, for whose lawyer Agliotti arranged a meeting with Selebi.

Other evidence connected Agliotti to consignments of contraband cigarettes and to a massive Mandrax bust involving Chinese smuggling sydicates.

Also in the picture were Paul Stemmet and his team of ex-special forces operators turned police reservists who allegedly did covert work for both Selebi and Agliotti.

Stemmet, like Agliotti, appeared to have access at the highest levels of police crime intelligence. At one point in the M&G investigation, then-Scorpions boss Leonard Mc­Carthy went to court to try to prevent us publishing information obtained from an affidavit by Stemmet, who by then had become a state witness.

In court papers McCarthy confirmed the enormous scope of the Scorpions probe: “It is an investigation into an extensive organised crime network operating both in South Africa and abroad. I have been in the DSO [Scorpions] for five years and I can confirm that this is one of the most extensive, complex and sensitive investigations that the DSO has ever undertaken.

“The investigation focuses on the offences of drug dealing, racketeering, money laundering, corruption and murder. Some of the allegations that are being investigated include allegations of targeted corruption of senior law enforcement personnel; laundering of large amounts of local and foreign currency through at least seven destinations worldwide; smuggling of drugs from Europe, through South Africa and on to other foreign destinations; the large-scale [smuggling of] contraband and counterfeit goods into South Africa; and the assassination of individuals who do not subscribe to the code of the criminal network,” his court papers stated.

This week one strand of the story that began emerging in 2006 reached a climax — judgement day in the Selebi corruption trial on Thursday.

But gone was the hope of greater clarity about the nature and scope of the organised crime network described by McCarthy and the extent to which it had really been able to compromise the upper reaches of the police.

Key state witnesses, such as Stemmet, Nassif and Selebi’s former personal assistant, Ntombi Matshoba, were not called — perhaps because of concerns about their credibility.

So the prosecution case rested in large part on Selebi’s former friend, Agliotti, a witness whose credibility was more compromised than any other, except perhaps, it would emerge, that of Selebi himself.

And when it came to the defence, absent were key witnesses such as former crime intelligence boss Mulangi Mphego and former deputy commissioners André Pruis and Tim Williams, who could also throw light on the broader backdrop of the trial:

Even the true nature of Agliotti and his relationship with Selebi remains elusive.

Was Agliotti a charming conman who ensnared Selebi with a few favours and peddled his nonexistent influence to Kebble for millions?

Was Agliotti “the Landlord”, a middle­man in an international contraband network that relied on his contacts with senior policemen for their protection?

Was Agliotti a significant police source, who used his brushes with the underworld to supply information that led to raids and arrests — or was he just using his contacts to take out his rivals?

Instead, the trial was reduced to the narrowest terms. Did Agliotti give Selebi money and other gifts? Did Selebi respond by showing Agliotti secret intelligence documents?

For answers to the wider questions — and the central role played by the life and death of Brett Kebble — we will have to look to the murder trial scheduled to start later this month, where Agliotti is the single accused.

But with a new prosecution team, with co-accused Stratton tucked safely away in Perth, with the Kebble shooters facing other probes of their activities, with not a single person arrested for the JCI/Randgold fraud, hopes of the truth emerging seem as dim as ever.

Jackie Selebi is understood to have ignored advice from his legal team when he took the stand in his own defence, writes Jackie Mapiloko.

Sources close to the Selebi camp told the Mail & Guardian that Selebi’s defence had decided to keep him from testifying because of his emotional attachment to the case. They alleged the decision was taken in a meeting attended by Selebi’s key witnesses: André Pruis, Tim Williams, Mulangi Mphego, Ray Lalla and Manala Manzini.

Sources say Selebi’s advocate, Jaap Cilliers, told the witnesses that they would have a better chance of convincing the judge than an emotional Selebi would.

But Selebi allegedly insisted on testifying, saying he had nothing to hide. However, his testimony is understood to have made it difficult for some defence witnesses to take the stand.

One source said: “It would have been impossible to back up some of the things he said. He shouldn’t have taken the stand.”

The source also said it would have been difficult for Mphego, head of crime intelligence at the time, to admit to being the author of the declassified document that Selebi produced in court.

Selebi claimed it was this document he showed to Glenn Agliotti, not the draft National Intelligence Estimate, as alleged by the prosecution.