Are the Guptas the new Shaiks? 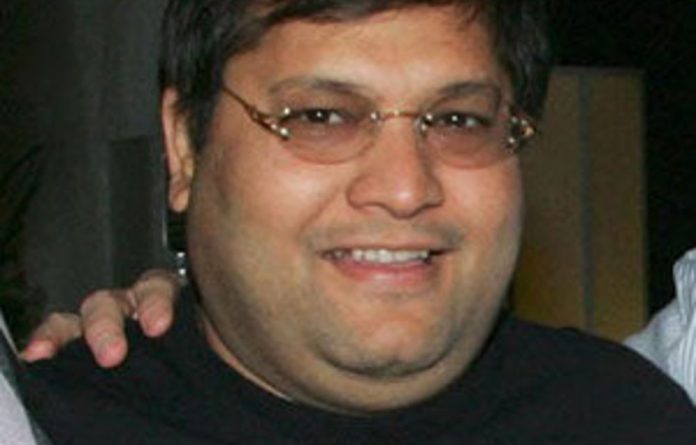 President Jacob Zuma seems to have replaced the well-known Shaik brothers as his close allies with another influential and wealthy family: the Guptas from India.

The Guptas made headlines this week when they announced that they planned to fund a new daily newspaper in South Africa called New Age.

Although the family is closely linked to former minister Essop Pahad, who was a close friend of Thabo Mbeki, they now appear to be good friends with Zuma as well.

The Guptas met the Zuma family in 2001, according to family spokesperson Gary Naidoo, who describes their relationship as one of “mutual respect and cordiality”.

Like the Shaiks, the empire is run by a set of brothers — Atul, Rajesh (also known as Tony) and Ajay — who have taken the family business from computers and branched out into mining, real estate, aviation, tourism and, more recently, media.

The family invested heavily in Vusizwe Media, the publisher of the monthly political magazine, the Thinker, which is Pahad’s brainchild, and used that to expand their interest in the industry.

“After having commissioned a professional and thorough feasibility study, the family became convinced there is a gap for a commercially viable daily newspaper,” Naidoo said. “On that basis the family is investing in the launch of a new daily newspaper, New Age. The family is confident that it will be a successful and sustainable business venture.”

Despite the fact that Zuma’s daughter, Duduzile Zuma, was taken on as director of the Guptas’ computer company, Sahara, shortly after Zuma became president, and that Rajesh (Tony) Gupta and Duduzane Zuma, Zuma’s son, have a joint interest in Mabengela Investments, the Guptas claim there is no commercial relationship between the two families.

The Guptas played a major role in influencing the decision to bring last year’s Indian Premier League (IPL) tournament to South Africa, due to security concerns in India.

In fact, it was Duduzane’s friendship with Tony Gupta that led the president’s son to become a cricket enthusiast, he told a reporter for the website Overseas Indian, at the time of the tournament.

“I am trying to learn more of the rules and I have started to indulge in the game at the Gupta residence, where I am still trying to get my batting right before I can join in the action cricket games.”

During the recent state visit by Zuma to India, Ajay Gupta was the leader of the business delegation that accompanied the president.

Those who know the family well told the Mail & Guardian that the Guptas are “nouveau riche”. Said one: “They have no big family money. In India no one knows them. They have certainly become closer to Zuma since he became president — that was very obvious.”

The Guptas emigrated from India in about 1993, when Atul Gupta was sent to South Africa by his father to explore business opportunities.

According to Naidoo, Atul was “extremely impressed and comfortable to base himself in South Africa”; he then started the Sahara Group, which initially had interests in the IT industry and Sahara Computers, a multimillion-rand computer company that supplies computer hardware.

The company received a lucrative tender last year for the supply of laptops to 300 000 school teachers around the country in a scheme in which teachers pay for a laptop at a rate subsidised by government.

The Guptas also have a stake in Tokyo Sexwale’s Mvelaphanda Resources, while Sexwale, in turn, sits on the board of Sahara.

The Guptas have been associated with Zuma or his family in a number of controversial deals on which the M&G has reported, including Shiva Uranium, owned by the Guptas, a BEE consortium led by Duduzane Zuma; and Imperial Crown Trading, the well-connected BEE company that snaffled iron-ore rights potentially worth billions from under the noses of iron-ore giant Kumba.

Imperial Crown Trading is half-owned by Jagdish Parekh, chief executive of Okbay Investments, a Gupta family vehicle; Parekh is chief executive of Shiva Uranium and was the also of JIC Mining Services, in both of which Duduzane Zuma has a stake.