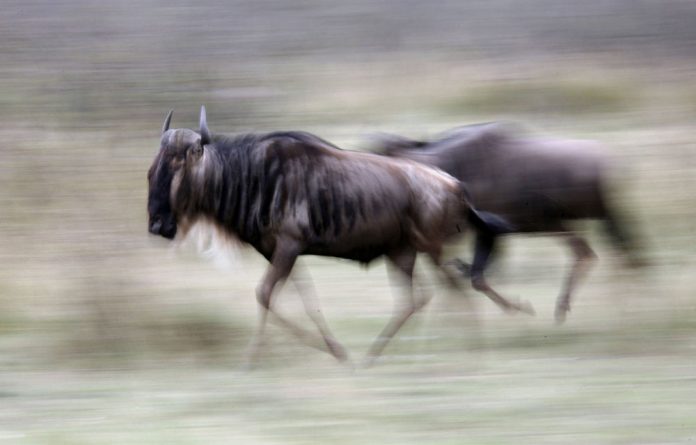 Only Southern Africa’s reserves are bucking the trend

Africa’s extensive network of national parks is failing to stem the decline of large mammals, according to a new study that highlights biodiversity loss across the continent.

Populations of large mammals such as zebra, buffalo and lion have declined by an average of 59% since 1970, according to the research, which collated data from parks including popular tourist safari destinations such as the Masai Mara in Kenya and the Serengeti in Tanzania.

The study warns that urgent efforts are needed to better protect the animals and secure the future of the parks, which draw millions of tourists each year and provide much-needed income.

Ian Cragie, a conservation scientist at the University of Cambridge who led the study, said: “Although the results indicate that African national parks have generally failed to maintain their populations of large mammals, the situation outside the parks is undoubtedly worse. Many species like rhino are practically extinct outside national parks.”

The team of scientists, including experts from the Zoological Society of London (ZSL) and the World Conservation Monitoring Centre in Cambridge, which is the United Nations’ environment programme, compiled population records of 69 key species, including lion, wildebeest, giraffe, zebra and buffalo, inside 78 protected areas across Africa from 1970 to 2005. More than half the records came from aerial surveys — the most accurate but also the most expensive way to monitor.

The results show an average decline of 59%, though the results varied significantly from region to region. Eleven parks in West Africa were the hardest hit, with a decline of 85%. Mammal species populations across 43 protected areas in East Africa fell by more than half, while those in 35 reserves in Southern Africa showed an increase of 25%. The scientists said they cannot break down the results to show the changes in individual parks because of confidentiality agreements with data providers.

Publishing the results in the journal, Biological Conservation, the scientists said: “Protected areas are the cornerstone of global conservation efforts, but their performance in maintaining populations of their key species remains poorly documented. These results indicate that African protected areas have generally failed to mitigate human-induced threats to African large mammal populations, but they also show some successes.”

The scientists said the severe decline in animal populations in West Africa is probably due to the lack of money and people needed to police the parks, high rates of habitat degradation and the growing bushmeat trade.

Southern African parks are better funded and have more staff, which has contributed to their success.

Jonathan Baillie, the director of ZSL conservation programmes, said: “The results are far worse than we imagined, but the increasing population trends in Southern Africa provide hope and demonstrate that protected areas can be very effective for conserving large mammals if properly resourced.”

The scientists cautioned that the results do not indicate a blanket failure of the parks to protect the animals as intended. The study did not assess populations outside the parks. “While we say overall there have been large population declines inside protected areas, we are not able to say that protected areas are having no effect in mitigating the effects of human activities on biodiversity, because the rates of decline could be more extreme outside,” they said.

Despite the severe losses the study showed that the rate of decline has slowed over time, which could indicate that management of the protected areas has improved in recent times. —