Another youth league head to roll? 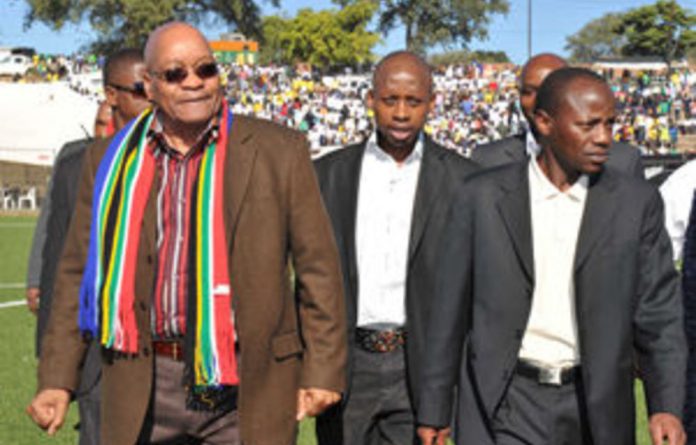 Andile Lungisa’s term as ANC Youth League deputy president could soon be over, if some branches and leaders within the organisation win enough support to pass a motion of no confidence in him.

The prospect of Lungisa’s dismissal comes a week after the axing of two senior youth league leaders, Stella Ndabeni, who was on its national executive committee (NEC), and Lehlogonolo Masoga, previously the league’s Limpopo chairperson.

Masoga, an ally of Lungisa, was expelled for causing divisions within the league after he took its national leadership to court to interdict it from proceeding with disciplinary action against him.

Ndabeni was accused of signing an affidavit supporting Masoga’s claim that the disciplinary action against him was taken to ensure his expulsion. Tension between Masoga and the league’s national leadership derives from the chaotic Limpopo conference in April, when league president Julius Malema’s confidant, Frans Moswane, ousted Masoga as provincial chair.

Three youth league NEC members told the Mail & Guardian this week that some branches would table a motion of no confidence in Lungisa during the national general council next month.

Lungisa’s supporters want to use next year’s elective conference to have their man replace Malema — a plan that has split the league. Lungisa’s support comes mainly from the Eastern Cape, as well as from Cosatu, the SACP and the Young Communist League — alliance bodies that all want ANC secretary general Gwede Mantashe to retain his position.

Malema enjoys majority support among youth league members in most provinces and from most leaders within the ANC’s national working committee, some of whom support his plan to install Deputy Police Minister Fikile Mbalula as the party’s new secretary general in 2012.

Lungisa’s interest in the youth league’s hotseat has angered Malema’s supporters and some want him removed even before the league’s national conference next year.

Earlier this month Lungisa distanced himself from the league’s succession battle, saying: “Most media reports in the past two weeks have sought to suggest that I … am at the centre of divisions in [the league] … These reports recurrently suggest that I am challenging [Malema] now and [will do so] in the national congress in 2011. I officially distance myself from all these allegations and put it on record that I will not do anything that divides the organisation.

The M&G understands Lungisa was forced into making the statement after some league leaders threatened to tie to him alleged tender irregularities within the National Youth Development Agency, where he serves as chairperson.

Lungisa refused to comment this week, saying he was not allowed to speak to the media.

An NEC member close to him said any plans to sack the youth league deputy president at next year’s national general council would fail. Such plans came from the faction on the league’s NEC that has been hiring bogus delegates to win provincial conferences, the member said: “The fight is between those who want the youth league to have proper structures and those who are using money to pay people to be delegates.”

Malema has been accused by several provincial leadership structures of paying bogus delegates to ensure that his allies won control of the league in provinces. The youth league NEC has denied the allegation.

Delegates who normally attended the national general council were “genuine” youth league members who would see right through the faction’s plan to remove Lungisa, said the NEC member: “That motion will not pass because at the council you find people who are not bought. These are genuine delegates who cannot be bought.”

Lungisa has not said publicly that he will stand for the youth league presidency. League spokesperson Floyd Shivambu was not available for comment.