Welcome to the Gupta club 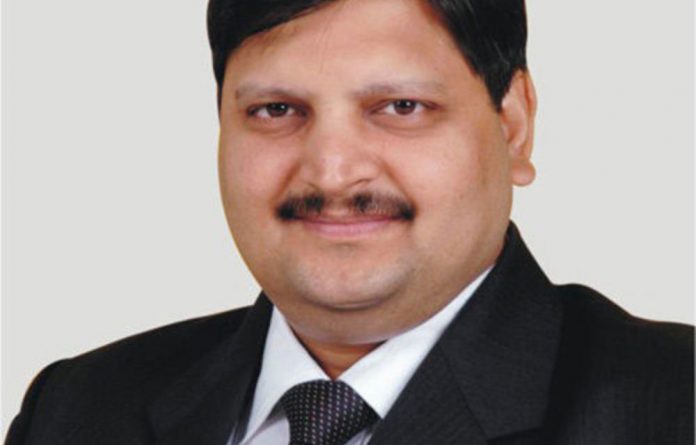 Attending the launch of the much-anticipated daily newspaper The New Age on Thursday evening was like getting a sneak peak into an exclusive, upmarket gentleman’s club.

The venue, Summer Place, was swanky but not too flashy and the lights were turned down just low enough for a clueless onlooker to recognize the faces of mining boss Lazarus Zim and President Jacob Zuma’s son Duduzane.

Launch of The New Age

The New Age is upon us. The Gupta brothers and co. debut the newest addition to South Africa’s daily newspaper milieu. The Mail & Guardian was there to get an advance peek.

This is not the place where you will find A-list celebrities. Here you find those who pull their strings.

The main men of the evening, Atul and Ajay Gupta, senior advisor on the project Essop Pahad and editor Vuyo Mvoko were clad in expensive designer suits and were seated at the top table — the one you can only get if you know the manager of the club.

From there they had a first class view on the eye candy that was on offer.

The role of the women was clearly to entertain. Scantily-clad models paraded like boxing-ring girls with newspaper pages held out instead of the number of the next round.

Gossip master
Their ringmaster was former miss South Africa Claudia Henkel, who will also be the paper’s lifestyle editor and promises to bring readers lots of the gossip she picks up on her social circuit.

Once the girls finished strutting their stuff, they were perched on pedestal dotted around the room, still holding out dummies of the newspaper — which says it wants to sell only good news.

The New Age, due to launch mid-September, is the brainchild of former minister Essop Pahad and the wealthy Gupta brothers who also funded Pahad’s magazine, The Thinker. The Guptas bridged the Polokwane divide by also being close friends with President Jacob Zuma’s family, having given directorships in companies to the presidential twins Duduzane and Duduzile.

To show the newspaper attracts big names, Pahad announced that Professor Adam Habib, Shadrack Gutto, Ronald Suresh Roberts and the cricketer Graeme Smith all agreed to write for the newspaper.

They will be in no way restricted, Pahad assured everyone, but the editor will have the right to decide whether to publish their offerings or not.

But for more information on staffers we will have to wait.

According to Mvoko the Guptas had not told him yet how many people he can hire or what his budget will be. He also does not know how many copies of the newspaper he is supposed to sell.

Family spokesperson Gary Naidoo came to the rescue. The plan is to print 170 000 copies with up to five people expected to read a single copy. About 35 editorial staffers will be employed and they will be dotted around the country, because the paper is devoting nine of its 32 pages to news from the provinces.

The paper will be published from Sunday to Friday and will be printed by the Caxton and Media24 groups.

And where will they find 170 000 buyers who will pay R3,50 to get the good news? An anecdote about Pahad’s experience when he was a newspaper vendor for the struggle newspaper New Age sheds some light.

“I used to sell it to my friends, and those friends who didn’t buy the New Age would not be friends for very long,” he warned darkly.

Although Pahad may be a political has-been, the Guptas’ star is on the rise. And with their connections to the highest office of the land, those who want to be their friends will be well-advised to heed Pahad’s warning.

Perhaps then they’ll strike an invitation to the gentleman’s club where they may meet the country’s first citizen.

Want a jet, a car, a house? Gupta sale is on

Who’s who on the US blacklist