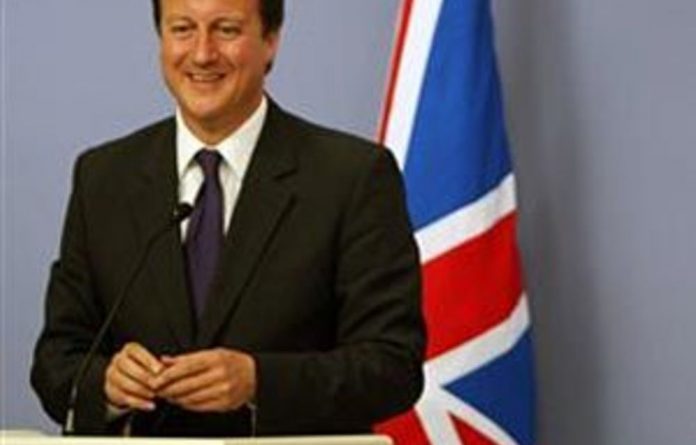 British Prime Minister David Cameron on Tuesday urged Israel to lift the blockade of the Gaza Strip, slamming the current state of the Palestinian enclave as a “prison camp”.

“Let me be clear that the situation in Gaza has to change … Gaza cannot and must not be allowed to remain a prison camp,” he said in a speech to a business association during a visit to Turkey.

“We’ve long supported lifting the blockade of Gaza,” he said.

“We both share the view that direct talks [between Israel and the Palestinians] are the right answer,” he said, referring to Erdogan.

Following international uproar over a deadly Israeli raid on Gaza-bound aid ships on May 31, the Jewish state said it would begin allowing all purely civilian goods into Gaza.

It said it would also allow building materials into the territory, but only for internationally supervised projects, and that its naval blockade would remain in place to keep Hamas from importing military-grade rockets and other weapons.

The Gazan economy is also being further stifled by an inability to export goods.

Deep crisis
Cameron also called on Turkey to repair ties with Israel, which plunged into a deep crisis after the raid on the aid flotilla left nine Turkish activists.

Ankara has urged the Jewish state, once a close ally, to apologise over the bloodshed, compensate the families of the dead and lift the blockade of Gaza.

“Turkey’s relationships in the region, both with Israel and with the Arab world, are of incalculable value,” Cameron said.

“And I urge Turkey and Israel not to give up on their friendship,” he added. — AFP