Tapas for all tastes 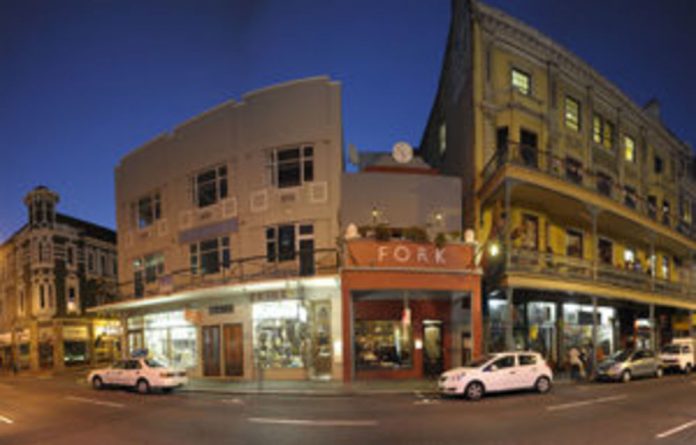 In the past five years tapas have taken off in Cape Town. From a few short-lived, dedicated restaurants, I now count 10 that specialise in tapas, several of them wine bars, such as the very popular Caveau Wine Bar. Woolworths has introduced the concept in some of its stores and there are dozens more offering tapas in addition to or instead of what used to be called starters. And now there is a chain, Café Sofia, with already six branches in Cape Town. The branches have a huge menu, but well beyond the competency of their kitchens.

I tried the Kloof Street Café Sofia several times. The tapas were a bland assortment of wholesale ingredients offered at speciality prices, hardly worthy of the appellation — rubbery, thawed-out mussels in broken shells, tepid sauces, squid tubes stuffed full of watery rice (with neither spicy shrimp nor chorizo as promised on the menu). Skip its monster versions of tapas — it is better at big plates of meat.

Tapas are now widely used to mean small plates of food. You get everything from African to Asian tapas. Originally, it is of course Spanish, perhaps with a Levantine meze influence.

Tapa means “lid” and comes from the habit of placing a slice of bread over a glass of evening tipple to keep the miggies out. The bread slice was slowly supplanted by saucers with titbits. Under King Alfonso X (1221-1284), bars became legally obliged to serve alcohol only with food. From evening nibbles, tapas blossomed into a range of delicious hors d’oeuvres, becoming a cuisine that now substitutes for a three-course meal.

For the uninitiated who find themselves in Barcelona, I can recommend a popular, lively joint right on the shopping avenue of Passeig de Gràcia. Touristy Tapa Tapa doesn’t have the best tapas, but the friendly waiters speak English, the menu is vast, the prices about €2 each. Take a bar stool and order. There is a constant turnover, making it a great place not only to become acquainted with tapas, but also to meet cosmopolitan strangers.

It’s the type of cuisine that suits the unstructured, all-hours vibe of Long Street particularly well — and several tapas establishments are to be found here.

In 2006 Fork replaced the eccentric Italian restaurant, Osteria Antico Dolo. It has kept the church pew bench downstairs and put in banquettes upstairs. On two floors and with a roof terrace, it offers several convivial options.

The tapas are not traditional but eclectic, using ingredients from South Africa (such as ostrich and kudu), Asia (tatsoi and wasabi) and even Moroccan meatballs. All the dishes I tried were tasty: simple roast broccoli (R25), pork rillettes served with pickles and crostini (R35), chicory leaves topped with olives, walnuts and gorgonzola dressing (R40), artichoke and pecorino salad with balsamic dressing (R45), marinated lamb cutlets with a creamy spring onion and cumin sauce (R55).

Further up Long, on the same side of the street, is the recently opened Ultima Tapa. It too has exposed brickwork, dim lighting and soft music. A large, rather grey, flimsily executed copy of Salvador Dali’s blond Christ at the Last Supper adorns the main wall and a television has a looped slide show of Gaudi’s buildings and Spanish art. Alongside the attractive bar tiled with black mosaics is a large sash window allowing you to see into the kitchen.

Still in its early days, the menu is a photocopy, and the tab is written by hand and added up manually by the waiter.
Aiming at more authentic fare, they have a range of classic tapas. Square bites of tortilla de patatas (a potato-and-egg-filled omelette) are offered complimentary to start.

Their most successful tapas are huge, creamy Knysna oysters grilled in their shells, ceviche tres mares (fish and prawns marinated in lemon with finely chopped red onion), crisped white bait with a light mayonnaise, brown and white anchovies with pimento, large capers and olives, and moist roast quail legs. Not everyone will respond to the morcilla (blood sausage) and sweet breads.
The paella and the rice with squid ink are satisfactory, but still need work. Their garbanzo beans (chickpeas) also needed some natural enhancement.

The least successful: pulpo (octopus tentacle), which was far too fibrous (everyone has their trick for tender octopus, but you always need to watch it like a hawk and catch it before it goes from tender back to tough), and the rabbit leg (served with fava beans), which was also very rubbery (this bunny didn’t hop so much as bounce). Grilling rabbit is tricky. The secret, I’m told, is to cook it slowly and either overdo the basting or wrap it in foil.

The jamón serrano (smoked Spanish ham) is authentic, but instead of being left to dry out on a slice of baguette, it could have been paired with a little melon or some imagination.

To finish, you can’t go wrong with a few slices of quezo mandego mahon (Spanish cheese). I can also recommend the delicious saffron ice cream.