Yes kids can — with Obami 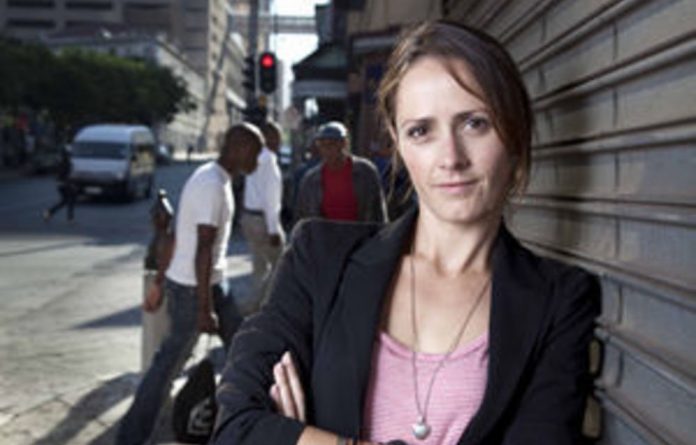 Barbara Mallinson spoke to Primarashni Gower about the launch of her school networking site, www.obami.com.

What is your background and why does your interest lie in technology?
I studied for a bachelor of business science in marketing at the University of Cape Town before heading off to London to work in the corporate world — something I learnt a lot from but wasn’t at all passionate about. I’ve always kept myself up to date with changes in the technology world. It fascinates me how the internet is changing the way we live and yet there is still so much more to happen with it. I really want to be a part of that.

Tell us about your site.
Obami is a safe social networking site that facilitates communication and learning among Southern Africa’s schools. It offers a number of tools that teachers can use to engage with children, on their level, while encouraging parents to become more involved in the school community as well.

Who is your target audience and why?
Obami has been built for three distinct types of people — pupils, teachers and parents. Schools are very social places and have a strong sense of community so by connecting learners to their teachers, as well as their parents, a school’s real-world network can be supported online.

How did you come up with the idea?
Obami actually started off as a generic social networking site. With the incredible growth of Facebook, I had to rethink my strategy if I was to make anything of the business. Schools seemed like the most obvious audience to tailor Obami to, given the networks that exist around them in the real world.

What is unique about it?
To ensure that all users are kept safe from online predators, Obami acts as a walled garden, whereby only registered schools are able to join the community. Also, Obami’s software has been customised to automatically reflect the network effect at each school. As soon as a pupil registers, for example, he/she will be able to interact with everyone in his/her grade, as well as with any of his/her teachers.

What are the limitations to it?
A PC and internet connection are required to make use of Obami — both of which, unfortunately, are still seen as luxuries in certain parts of South Africa. This limits the number of users that can benefit from using Obami. As broadband prices come down over the next year, and a mobile version of Obami is released, we should be able to overcome these problems and get many more schools to start making use of social media.

Do you earn a living from it?
Obami is offered free to schools, so I’m not making any money out of it (yet!). Once the site hits a critical mass of users, it will start generating revenue through advertising and sponsored content.

How many schools are members and are you targeting all schools in South Africa?
There are five registered schools on Obami at the moment, with a few more lined up to start over the next month. I am initially targeting the Independent Schools’ Association of Southern Africa as they show the highest internet penetration rates at school and at home. However, Obami is definitely not exclusive to the private sector, and I soon hope to see public schools benefiting from Obami too.

What motivated you to launch it?
It sounds so clichéd, but while living in London, I always imagined coming back to South Africa to do something good for my beautiful country. It was during one of my trips home that I fully realised the difference social media could potentially make to education in South Africa. I haven’t looked back since.

How did you arrive at the name Obami — it almost sounds like Obama?
It’s a derivative of the word “my” or “mine” in Zulu, which of course sounds very similar to “Obama”. To differentiate, I often say “Obama is power to the people; Obami is power to the pupils!”

Are you not just duplicating Facebook?
Obami isn’t trying to be Facebook. Facebook has its own uses; it’s a great social platform. Obami, on the other hand, is a school platform. It’s been developed to support e-learning, and to help build online communities that reflect a school’s real-life activities — whether it be the prefect body, the swimming team, the science class or the photography club.

What safeguards do you have against hate speech and defamation?
We recommend that a school makes the effort to communicate appropriate online behaviour to its pupils, just as it does with a code of conduct for the classroom.
From our side, we carry out random content moderation, and we’ve also set up swear-word filters to prevent unsuitable messages from being passed on. We’ve also placed “offensive content” buttons on every page, empowering users to report inappropriate material, anonymously, to the Obami team. Because Obami’s users are associated with a registered school, and content is trackable, offenders can be held accountable. We’ll work closely with the school in such instances.

If this site allows for answers to be shared around homework, does this not encourage copying of homework and a move away from independent thinking? How do you counter this?
I wouldn’t say that Obami promotes copying any more than a traditional exercise book would. While we are looking at software that could help to identify plagiarised text, teachers should still educate their pupils about the consequences of plagiarism, regardless of which medium is used to submit their homework.
Independent thinking can be pushed on Obami, but the site also encourages collaborative thinking through interactive discussions. These varied degrees of “thinking” are possible because of the control Obami gives its users with regard to privacy and the sharing of content.

How have schools responded?
The response has been overwhelmingly positive. And the schools are becoming increasingly reliant on the platform to support their lessons through shared media, to stimulate discussions, to send messages and school notices out, to assign and submit homework and to collaborate on projects. I’ve received so many personal messages from children, teachers and parents, telling me how much they love Obami — it’s a fantastically rewarding feeling!