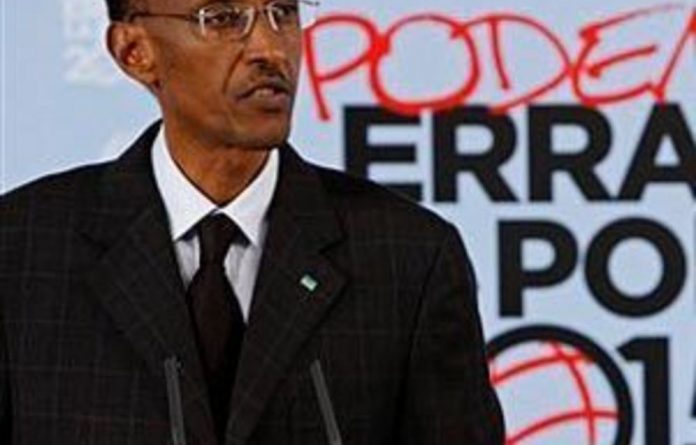 Rwanda President Paul Kagame secured another seven-year term on Wednesday after being declared landslide winner of an election criticised by international observers for shutting out the real opposition.

Kagame, who has led the tiny Central African nation since about 800 000 people were butchered in a 100-day genocidal spree in 1994, won 93% of the votes in Monday’s contest, according to the electoral commission.

But Commonwealth observers said the election had been devoid of “critical opposition voices”, with Kagame’s opponents linked to his party.

Jean Damascene Ntawukuriryayo of the Social Democratic Party was second with 5,15% of the vote, while the Liberal Party’s Prosper Higiro won 1,37% in third place, the electoral body’s secretary Charles Munyaneza said. A fourth candidate won less than half a percent.

While his supporters continued celebrations that began on Monday night, Kagame had to deny any involvement over the killing of a journalist and an opposition figure, which formed part of a bloody backdrop to the vote.

Provisional results on Tuesday had already given Kagame a commanding lead. The final figures showed that turnout was 97,5%.

Kagame has insisted the election was democratic and dismissed allegations the real opposition was de facto excluded from the vote.

Barred
Three new parties set up to challenge his rule were barred from the contest on procedural grounds. They denounced the poll as a sham.

One of them, Unified Democratic Forces (UDF), claimed irregularities, saying that in some areas of the north and west voters had their voting cards “seized by the local authorities” on the eve of the poll. The cards were handed back just before the vote with “Voted” marked on them, UDF alleged.

Observers from the Commonwealth, of which Rwanda became a member last year, said the campaign was marked by “a lack of critical opposition voices”.

“A number of opposition parties had earlier stated their intention to stand, but faced either legal or administrative problems, which resulted in their non-participation. Each case appears to be different, but the overall impact is a concern,” the observers said in a statement.

Several other observer missions confined themselves to praising the good organisation of the poll.

Kagame has won widespread praise for presiding over a transformation in the country’s economic fortunes and counts former US president Bill Clinton and former British prime minister Tony Blair among his admirers.

Increasingly critical
But human rights activists have become increasingly critical of the situation in Rwanda, with UN chief Ban Ki-moon joining calls for a full probe into two high-profile deaths in the build-up to the election.

Journalist Jean Leonard Rugambage, who claimed to have uncovered the state’s responsibility in the attempted murder of an army general exiled in South Africa, was shot dead on June 24 in Kigali.

Then last month, Andre Kagwa Rwisereka, vice-president of the Green Party, was killed and his body was found dumped in a bog.

Speaking to a local radio station late on Tuesday, the Rwandan leader denied his government was involved in the deaths.

“This so-called journalist, I didn’t know he was even a journalist,” Kagame told Contact FM. “That story has nothing to do with the elections.”

Asked whether Rwisereka’s death was a case of the state trying to do away with an opponent, Kagame replied: “Absolutely not. He was not known to me.”

He accused some media of making up stories, saying: “They start with a story they want to create, then they start building elements.”

Kagame has been Rwanda’s de facto leader since his Tutsi-dominated rebel group turned political party, the RPF, routed Hutu extremists after the 1994 genocide.

The former rebel’s supporters credit him with ushering in stability and growth, but critics accuse him of undermining democracy and muzzling opponents. — AFP