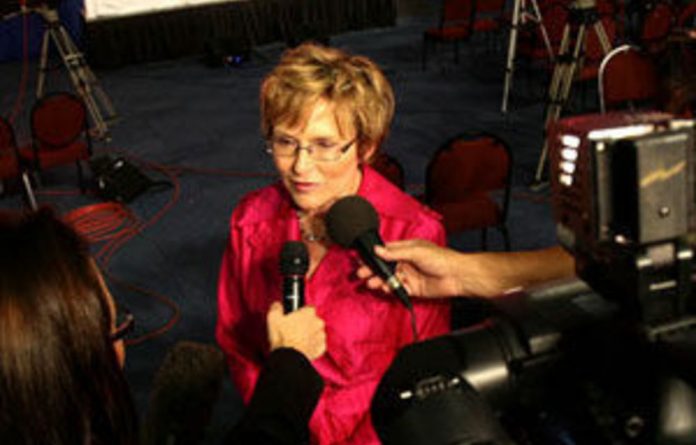 The Democratic Alliance (DA) said on Saturday it would merge with the Independent Democrats (ID) to better challenge the ruling African National Congress (ANC) in the 2014 election.

The DA and the smaller ID said they hoped their new alliance would capitalise on growing frustrations with the ANC over crime and the provision of education, healthcare and electricity.

“This event today [Sunday] must merely be seen as the first step in the important task of consolidating the opposition and offering voters a true alternative government,” said ID leader Patricia de Lille. Since taking office in May last year, President Jacob Zuma has had to steer the country through its first recession in 17 years and deal with township protests over slow delivery of services as well as a series of strikes staged by union allies.

DA leader Helen Zille said: “We’ve realised that the ruling party has become increasingly corrupt and is abusing the Constitution.”

The DA, drawing much of its support from the region around Cape Town, received nearly 17% of the vote in the last election nationally, placing second behind the ANC, which won overwhelmingly with 66%. The ID won less than 1%.

The opposition parties said the ID would be phased out as a separate organisation and its members would join the DA within the next four years.

‘This is a marriage that will last’
“It is a political memorandum of understanding between the ID and the DA to come together and fight elections under the DA’s banner and we plan to implement and honour it,” Zille told a press briefing in Kempton Park, Johannesburg.

De Lille took a DA membership at the event, attended by the leadership of the two parties.

Said De Lille: “I can therefore proudly state today that this is a marriage that will last, because very importantly it has the blessing of our members.”

She said it was merely the first step in consolidating the opposition.

“In this regard, negotiations with Cope and the UDM will continue once they have received the mandate from their respective conferences.”

Ebrahim Fakir, an analyst at the Electoral Institute of South Africa, said he also had doubts the alliance would last.

“They have distinct policy differences and that’s where the real difficulty is going to lie,” he told e.tv news. — Reuters, Sapa