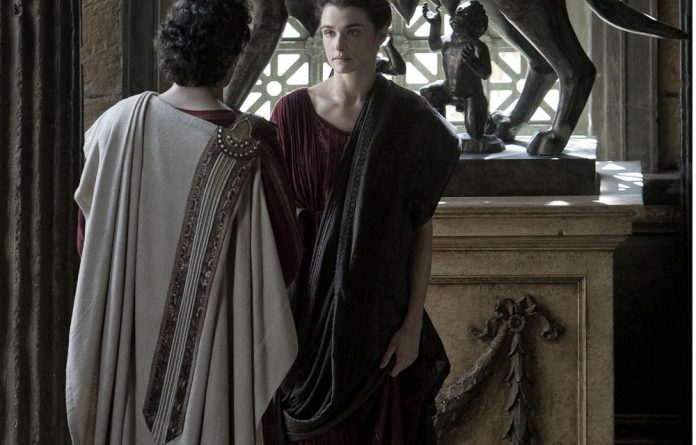 “Always historicise!” So we are adjured by Fredric Jameson in The Political Unconscious, and he’s right to make the call, especially in an age when history often seems to have left the minds of many people engulfed in the pursuit of postmodernism’s pleasures. It may still seem odd, though, or at least counterintuitive, to want to historicise historical movies — movies in which history is apparently embedded.

Not so. It’s obvious that any movie with claims to “historical accuracy” is making an authenticity claim, and that’s one area that needs to be examined. Each era has a different sense of historical authenticity, and how each era constructs authenticity is important. Take Shakespeare’s history plays: they were performed in the dress of the day, so on the stage of the Globe you’d have Julius Caesar, Richard III or Macbeth in 15th-century doublets and hose. Yet Shakespeare’s sense of the bloodiness of history, its actors’ incessant crimes and manipulations in the pursuit of power, and the concomitant search for justice, have a powerful resonance half a millennium later.

On the other hand, take a recent film such as Ridley Scott’s Robin Hood. Scott made much of its “historical accuracy”, but by that he meant that the costumes and hairstyles were as close as possible to what people might actually have worn in the 12th century. He may also have meant that real historical personages were given roles in the fictional narrative.

But he did not mean, it seems, that there would be a meaningful attempt to understand what people of that century believed or how they acted. Hence we have Robin Hood making a clarion call for a people’s democracy in an era when such language didn’t even exist. In that respect, such a film is more about the politics, shibboleths and rhetorical clichés of the present day than it is about anything that might have happened 700 years ago.

And so to Agora, which I would argue is a very good example of a very good historical movie. Yes, its central character, Hypatia of Alexandria, is woefully underdocumented — which is partly the legacy of Christianity’s desire to erase the influence of paganism. It is known that Hypatia was a leading scholar and mathematician of her day, that she taught widely, and that she was murdered by a Christian mob in about 415 AD.

The way her reputation changed is telling. Wikipedia neatly contrasts two accounts of her death, one by a writer who lived at roughly the same time as Hypatia, the other written 200 years later. The first writer, Socrates Scholasticus, is blunt (or sharp) in his description of her death by torture, but is clear that the accusations against her were “calumnious”. By contrast, John of Niku, writing in the seventh century, identifies her work on astronomical geometry as “magic” (as in black magic) and says she “beguiled the people of the city — through her enchantments”.

This is standard Christian rhetoric of the time. Christian writers dishonestly purloined the more sophisticated pagan arguments against superstition and irrationality and applied them to pagan worship and even science; pagans were “irrational”, whereas Christians possessed the only “rational” truth. In a fine historical irony, today the argument goes the other way around: evolutionary scientists such as Richard Dawkins roundly and with justification accuse creationists of irrationality, whereas religious people are compelled to defend the benefits of entirely unsubstantiated beliefs.

Agora plays out such oppositions with a marvellous sense of what was at stake in the Alexandria of the 400s AD, and moreover places these intellectual wars in a richly realised context. Here is the real history: a vital, compelling picture of a specific moment in time’s cavalcade, and one that still resonates with us today. To historicise some more, it’s easy to draw parallels between the fifth century’s pagan-Christian rivalry and today’s clashes of capitalism and fundamentalism, or cosmopolitanism and parochialism.

It is perfectly true that Christianity, even after it became the official religion of the Roman empire in the 300s, was often proceeded by violence. Riots were commonplace, partly because many Christian adherents came from the lowest classes; Christians were often pro-poor and anti-rich (at least until the church really started amassing wealth and power). They also displayed remarkably destructive tendencies. Unlike the pagans who open-mindedly accepted everyone’s different gods, the monotheists claimed a monopoly on truth and wreaked havoc on pagan institutions.

And it wasn’t just the burning of libraries and temples and the kind of horrible deaths meted out to the likes of Hypatia by the supposed followers of a radically non-violent Jesus — they also had it in for the trees. As historian Robin Lane Fox notes in his study, Pagans and Christians, pagans had reverentially preserved sacred forest groves for millennia, but the “triumph of Christianity was accompanied by the sound of the axe on age-old arboreta”.

You could say that axe stands for history and the way it is so deeply about the struggle for power; the axe may change hands, and it may be trees that get felled one day and humans the next, but it’s still an axe. The politics of the present day are just history before it has gelled, and all those in contestation for power are wielding their various axes: nationalisation, strikes, oil deals, media tribunals, whatever.

In that sense, Agora gives a compelling sense not just of history narrated but of history lived. Naturally, it helps that the script (by Mateo Gil and director Alejandro Amenábar) is delicately honed and the direction inspired. It looks good, monumental and yet textured; Rachel Weisz gives a sterling performance in the central role. The film has its darkness, for sure, and its tragedy — that is part of its point. But it also has some humour and, in the nuances of personal relationships, a delicate tenderness that touches the heart. Unlike so much of what appears on our screens today, Agora not only has a driving story but also a grasp of the deeper issues raised by that story. It’s in that tiny top percentile of movies, so rare, that actually have something to say.