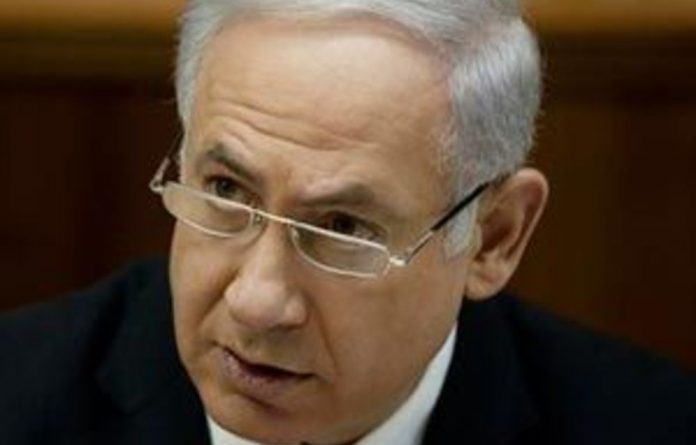 Israeli and Palestinian leaders head to Washington this week to relaunch direct peace talks, but with neither side expecting the negotiations to produce a long-elusive breakthrough.

Israeli Prime Minister Benjamin Netanyahu and Palestinian leader Mahmoud Abbas have both spoken of their willingness to compromise.

But each bears a heavy burden of mistrust and suspicion spawned by 17 years of largely fruitless talks punctuated by bouts of bloodletting.

And when they meet on Thursday to renew the talks officially, each knows he will have a tough time overcoming domestic political obstacles to a deal.

Netanyahu, a hawk who only last year recognised the internationally backed principle of a two-state solution, said on Sunday he hoped to reach “a peace based on recognition, security, stability and economic prosperity between the two peoples that will endure for us and our children”.

“I am aware of the difficulties; I do not make light of them. I know that there will be many potholes, but the basic question is whether the Palestinian side will be as willing as the Israeli side to advance towards a peace that will resolve this conflict for generations to come,” he told the Cabinet.

Abbas has urged “Israel not to miss this historic opportunity for peace”, saying that “if there is only a 1% chance of achieving peace we will strive for it”.

“Will this political process result in a solution? My answer is ‘no’ given the current Israeli leadership,” Abbas adviser Yasser Abed Rabbo told Voice of Palestine Radio.

And Israel’s fiery Foreign Minister, Avigdor Lieberman, told public radio: “I think that the more we can lower expectations the healthier it will be.”

The first challenge will be on September 26, when a 10-month moratorium on Israeli settlement construction expires.

Abbas has threatened to walk out of talks if construction resumes, and Netanyahu has vowed not to extend the moratorium. Even if they can negotiate this hurdle, a comprehensive breakthrough is improbable, analysts say.

“In terms of ideology, both Netanyahu and Abu Mazen [Abbas] are far from the necessary positions needed to reach a compromise,” said Israeli analyst Yossi Alpher.

Netanyahu’s right-wing coalition includes settler and religious parties that would probably quit the government rather than agree to territorial compromise, particularly over the disputed Holy City of Jerusalem.

As if to underscore the difficulties, the head of one of Netanyahu’s key coalition allies sparked anger on Sunday for damning Abbas and Israel’s enemies, calling on God to “strike them down”.

“May all the nasty people who hate Israel, like Abu Mazen, vanish from our world,” ultra-Orthodox Shas party head Rabbi Ovadia Yosef said in a sermon.

Chief Palestinian negotiator Saeb Erakat called it “an incitement to genocide”, and asked: “Is this how the Israeli government prepares its public for a peace agreement?”

Netanyahu’s office said Yosef’s remarks did not reflect the premier’s or his government’s views.

The Islamist Hamas movement, which ousted Abbas’s Fatah party from the Gaza Strip in 2007, opposes the talks.

“One-third of the people he allegedly represents are not under his control, his term of office has expired and he has not been known in the past for his personal charisma, so there is very much a question of how far he can go,” said Tel Aviv University analyst Mark Heller.

Sabotage
There are also fears that Hamas may try to sabotage the talks with renewed attacks from Gaza.

The last direct talks, launched amid fanfare at Annapolis in Maryland in November 2007, collapsed when Israel began its devastating military 22-day offensive on Gaza just over a year later.

“By opening a new front from Gaza, Hamas has a near veto over real progress,” said Alpher, who was involved in the failed 2000 Camp David peace talks between then-premier Ehud Barak and the late Palestinian leader, Yasser Arafat.

Two months after that summit collapsed the second Palestinian uprising, or intifada, erupted.

Analysts believe a limited deal could prevent a similar breakdown, particularly with the one-year time frame for the talks.

The likely focus could be on agreeing the boundaries of a Palestinian state and security for Israel, leaving to later intractable issues such as the return of Palestinian refugees and Jerusalem holy sites.

One positive element is US President Barack Obama’s apparent willingness to push both sides further than his predecessors.

“A more modest view of success would be a partial or an interim agreement,” said Heller. “I suspect the Americans would push very hard for that.

“Obama should make sure that the alternative to total success, which does not seem that likely, is not total failure.” — AFP