‘Coalition of the wounded’ turns on Zuma 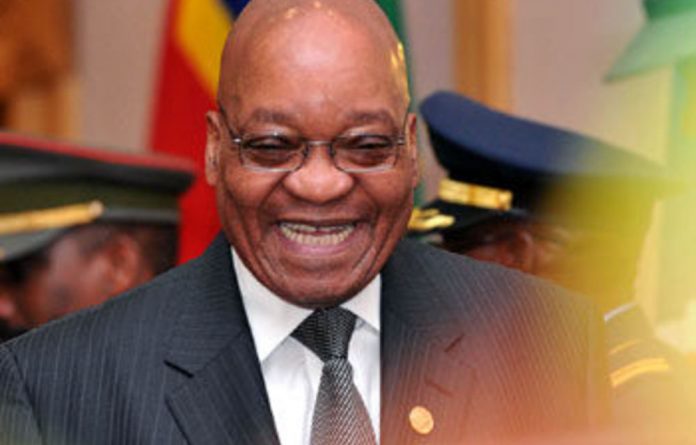 A new “coalition of the wounded” has emerged in the ANC ahead of the party’s national general council, with many of President Jacob Zuma’s once most ardent backers now joining forces to stop his serving a second term.

It took slightly more than two years for Zuma to alienate some of his staunchest supporters, including the ANC Youth League. Now his future lies in the hands of the left — Cosatu and the South African Communist Party — at a time when alliance relations are at a nadir.

According to several ANC sources linked to the Youth League, the SACP, Cosatu and the government, many party leaders have their eye on higher office or want to punish Zuma for not rewarding them sufficiently for their support in the run-up to the ANC’s 2007 Polokwane conference. They are said to include Siphiwe Nyanda, the communications minister, Fikile Mbalula, the deputy police minister, and Julius Malema, the league’s president.

Lobbyists wanting Zuma to retain his position at the ANC’s next conference in 2012 claim Nyanda aspires to become the party’s treasurer general, although this week Nyanda denied this, saying he has “no such ­intentions”.

“I can’t choose for myself what I want to be. I went to Polokwane as an ordinary branch member of the ANC and was elected to the national executive committee. The ANC decides, I don’t have a say,” he said.

ANC sources said that Nyanda was also resentful that he had not landed the defence portfolio, which went to Lindiwe Sisulu.

Some Zuma supporters are suspicious of former intelligence chief Billy Masetlha, saying he hankers after higher office — something he denies.

‘Top six’
Zuma lobbyists say that Masetlha, who was not given a Cabinet position, wants to be in the ANC’s “top six”, a platform from which, he believes, he can counter detractors effectively.

He denied this, saying he had previously been approached to be a minister, but had declined. He said he had no ambition to have a higher office in the ANC.

“What is the fun in being in the top six?” he asked. But he did take a dig at his fellow national executive committee members, who needed to “pull up their socks”.

“Sixty percent of the people in the NEC are doing other things, like this lobbying and pushing their own agendas. They are not doing their jobs.”

He said his criticisms would make him “even more unpopular than I already am, but I’ve had enough”.

A second group of leaders, calling themselves the “new frontier”, is a subgroup of the broad front that questions Zuma’s leadership. They are talking to one another and their constituencies about what they see as the erosion of traditional ANC values.

The new frontier
An ANC insider close to them said that they were discussing a return to such values as a rejection of corruption and a clear division between party and state.

“The new frontier is where the action is,” said the source. “New alliances are coalesced around the future of the ANC and of government and these leaders are having a conversation about what is to be done.”

A government official with strong ANC links said that the realignment taking place did not bode well for the national general council, which kicks off on September 20.

An ANC-aligned government official said: “Anyone who thinks the NGC can be managed must think again. There is an organic unhappiness that will come out there. Each sector [including the youth and women’s leagues] is going to the NGC with a position and that will cause huge debate. There is less talk about tickets and more about where the ANC is going.”

Although Sisulu has kept a low political profile of late, insiders say that she has been thrown into the mix because of a need to ensure gender representation.

She is seen as the most senior women leader in the ANC after national chairperson Baleka Mbete. Mbete, who is currently active in business, is said to have lost interest in furthering her career in the ANC.

Also prominent in the coalition is Malema, who was once quoted as saying he was prepared to “kill for Zuma”. As recently as January this year, the league was the only major ANC formation to defend the president.

But in April Zuma publicly rebuked him for acting in ways “alien to the ANC” after Malema had defied the ANC NEC by singing the song Shoot the Boer and calling the opposition Movement for Democratic Change in Zimbabwe a “Mickey Mouse party”.

He was later dragged into a humiliating disciplinary process, which forced him to make a public admission of guilt and apologise to Zuma.
Malema has joined forces with Fikile Mbalula, a former youth league chief who expected more than a “mere” deputy minister position in return for his efforts in ensuring a Zuma victory at Polokwane, youth league sources say.

To show their disdain for his “low-ranking position”, Mbalula’s supporters are urging Zuma to relieve him of his executive duties and return him to Luthuli House.

Even former Mbeki supporters, previously in the political wilderness, have been roped in to boost the numbers in both the Zuma and anti-Zuma camps.

Youth league takeover?
One such a figure, who is being lobbied to support ANC secretary general Gwede Mantashe, said Mbeki’s former supporters fear a takeover by the Youth League and their circle.

“[We are more frightened of] an ANC Youth League takeover, which will destroy the organisation. The Youth League’s supporters have no intention of rebuilding or uniting the party — they just want to use ­positions to accumulate wealth.”

Former ANC leaders in the Western Cape say they are being lobbied to support either of the two camps and are being promised plum government jobs.

According to sources, Vavi is being lobbied to take over the position of Blade Nzimande, South African Communist Party boss, giving him a better chance to secure a senior ANC position.

Zuma can still rely on Cosatu’s support, but in return the federation will expect him to strengthen alliance relations.

Masetlha is confident that there is no threat to Zuma, despite the Youth League’s withdrawal of support and the opposition of other leaders.

“There is no threat to JZ. The ANC cannot be run by children and opportunists. We know where to get them and how to get them, so watch this space,” he said.

“The president is still relevant. Our hope is not gone. But his strength comes from the strength of the alliance,” said Zet Luzipho, Cosatu’s secretary in KwaZulu-Natal.