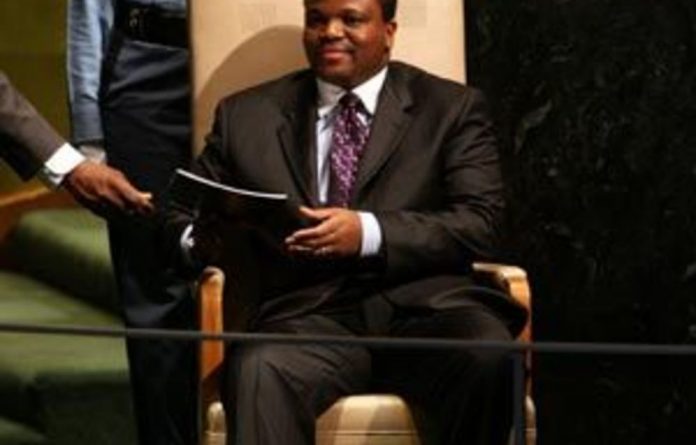 Dlamini said the government could also use the foot whipping, known locally as “sipakatane”, against foreigners who interfere in the affairs of Africa’s last absolute monarchy.

He was speaking after two days of pro-democracy protests in Swaziland that saw dozens arrested, including the leader of the banned opposition People’s United Democratic Movement of Swaziland, Mario Masuku.

“Prime Minister Barnabas Sibusiso Dlamini has said the government will consider using sipakatane to punish dissidents and foreigners who come to the country and disturb the peace,” the tightly controlled Times of Swaziland reported.

“Each person should mind the politics of his own country and not come here to meddle in our affairs, especially if that country has a lot of its own problems,” Dlamini said, according to the paper.

South African labour unions, which strongly back Swaziland’s democracy movement, said 33 of their members were arrested and then deported on Monday ahead of the protests.

The pro-democracy Swaziland Solidarity Network denounced the prime minister’s remarks, saying: “It takes an extremely sadistic person to suggest such a painful form of torture for innocent human beings.”

Political organisations have been outlawed since 1973 in the impoverished Southern African country, which is known for the lavish lifestyles of the 42-year-old king and his 13 wives. — Sapa-AFP