It’s just a jump to the right 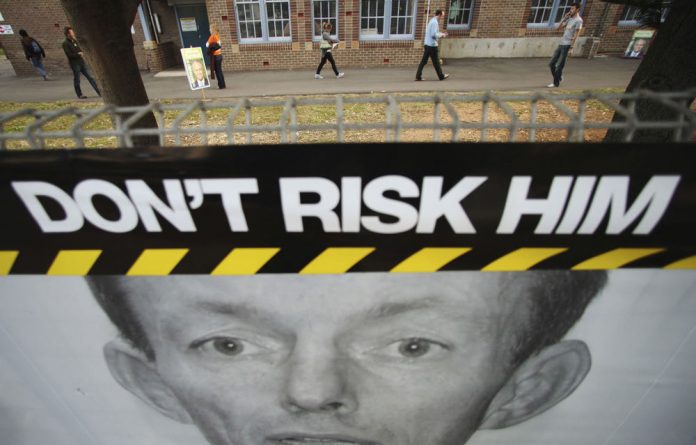 It was a national election featuring many firsts: the first hung Parliament since 1941; the first female prime minister facing popular election; the election of the country’s youngest MP; the first Greens MP; the first Muslim MP; and the first Aboriginal MP. Yes, 109 years after Australia was made a federation, the first indigenous person, Ken Wyatt, was elected to the Federal House of Representatives ­­ on a conservative Liberal Party ticket.

But in spite of this milestone it was an election in which racism featured prominently as political currency. After the media focused attention on his indigenous heritage when it was clear he had won the seat, Wyatt received a flood of racist hate mail. And the ultimately successful Muslim candidate was publicly vilified by his main rival during the campaign.

The race card was also played by the two major parties contesting the election. The right-wing Liberal National Coalition actively dealt the card, while the centre-left Labor Party dangled it tentatively before the electorate. Labor shifted further to the right on issues like its policy on asylum seekers when former prime minister Kevin Rudd was usurped by Australia’s first female prime minister, Julia Gillard, in a spectacularly swift bloodless “coup” in June.

In a campaign advertising strategy that resembled xenophobic World War 2 propaganda, the leader of the conservative opposition coalition, Tony Abbott, made the slogan “Stop the Boats” a core election promise. This commitment referred to the trickle of asylum seekers (1,5% of all accepted migrants annually) who pay people smugglers for treacherous sea journeys to Australian shores.

Later in the campaign Abbott promised that if he was elected he would personally guarantee a reduction in the number of boats to just three a year. How would he do that? By using a “boat phone”, of course. Abbott said there would be a direct line from the prime minister’s office to naval captains, who would be ordered to “stop the boats!” on his command.

“Only real action will stop illegal immigration,” Abbott warned voters. “If we weren’t able to arrest the rate of boat arrivals dramatically within three months, I’d be very, very disappointed,” he told the Herald Sun newspaper.

That’s right, in this nation “girt by sea”, the politics of fear, which appeals to the most base, xenophobic instincts, is a key election strategy. It’s called “dog whistle politics”. Originating in Australia in the 1990s, the term refers to the political use of coded language designed to appeal to prejudices and it was honed to a fine art during the 12 years of the rightwing John Howard government.

Howard trenchantly refused to apologise to Aborigines for past policies; suspended the Racial Discrimination Act to enable the over-riding of indigenous Australians’ human rights and justify military “intervention” to address serious social problems in Northern Territory Aboriginal communities; recast asylum seekers as illegals and excised Australian territory from the migration zone to avoid responsibility for refugees who made it that far by boat.

While Prime Minister Gillard used less jingoistic language than the Coalition in this election campaign and effectively mocked Abbott’s “boat phone”, she also promised to be tougher on “border protection”; to continue incarcerating asylum seekers — including children — in remote locations; she flagged the prospect of processing “unauthorised arrivals” offshore in East Timor; and made a commitment to curtailing Australia’s population growth. Read: Labor will crackdown on immigration. And she blew the “dog whistle” just loud enough to appease the xenophobes: “…hard-working Australians, who themselves are doing it tough, want to know that refugees allowed to settle here are not singled out for special treatment”, she said in her first major campaign speech.

In spite of being elected on a promise of commitment to a more compassionate style of government and making a historic apology to the Aboriginal “stolen generations”, one of the first acts of the Rudd government, Labor strategists, fearful of being punished at the polls in a backlash against progressive policies, moved the party further right on social issues under Gillard.

It was against this backdrop that the first Muslim elected to the Federal Parliament, Labor’s Ed Husic, was villified during the election campaign by his main opponent in the Sydney seat of Chifley, Liberal candidate David Barker. Barker, a proud proselytiser of “Christian right” values, was disendorsed by the Liberals (one half of the conservative opposition Coalition) after he told his Facebook friends that a vote for Husic would push Australia closer to Muslim domination.

But after Husic claimed victory, an unrepentant Barker told the Australian Broadcasting Corporation: “There’s no place for Muslims in the Australian Parliament.” And he indicated that the Liberal Party was aware of his views on Muslims when he was pre-selected.

But the most striking evidence of the racism that lurks below Australia’s sunny international image came in the form of the backlash against the country’s first Aboriginal federal MP, Wyatt, after he claimed victory. He said he received more than 50 hate-filled emails, some from people saying that they would never have voted for him if they had known he was Aboriginal. “I’ve had that all my life as an Aboriginal kid, in the 60s, 70s and 80s,” the former senior health bureaucrat said, “but we’ve certainly moved forward as a country.”

Nevertheless, the United Nations last week declared that racism was structurally embedded in Australia, expressing dismay at the treatment of Aborigines in the Northern Territory in particular. It called for the immediate reinstatement of the Racial Discrimination Act and it urged constitutional amendments to ensure such protective legislation could never again be revoked. It also raised concerns about indigenous mortality rates and the rates of Aboriginal incarceration, death in custody and what it called the “unacceptably high level of disadvantage and social dislocation” for Northern Territory Aborigines.

It also expressed similar reservations about Australia’s treatment of refugees and evidence of discrimination against Muslims.

Australia’s race discrimination commissioner, Graeme Innes, responded to the UN report, saying the country remained in denial about its racist character. The reaction of many Australians underlined Innes’s point. “This is not a racist country!” one of my compatriots spat at me on Twitter when I reported on the UN’s findings.

Is it any wonder that is a typical reaction, when Australia’s main political leaders legitimise racism through jingoistic rhetoric and xenophobic policies? When that’s your campaign strategy, the only clear winner is ignorance.

Here’s hoping the bush Independents, who are promising to shift old paradigms and restore integrity to Australian politics, add antiracism policies to their list of demands as negotiations continue in the challenging process of forming a stable Australian government.

Julie Posetti is a former national political correspondent with the Australian Broadcasting Corporation. She now teaches journalism at the University of Canberra