Teaching for the future 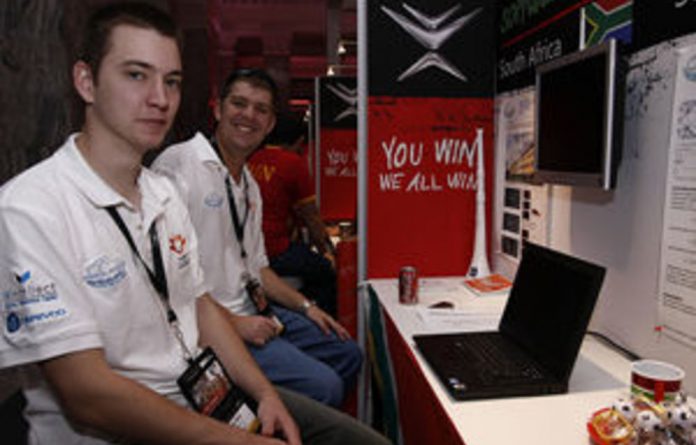 The biggest challenges facing teachers in the 21st century is equipping their learners with the skills that enable them to take up their place in the economy, according to Lauren Woodman, senior director of Microsoft’s government and education team.

Woodman said equipping children with problem-solving skills, the ability to think critically and work collaboratively were critical outcomes to ensure that upon finishing school they will have the skills that make them employable.

“Technology, certainly, is a skill that we can use to reach out to learners with throughout the world, especially in rural areas,” Woodman said.

Woodman said she grew up in a rural part of Texas where computers were not part of the learning process for her. She said these days technology can bolster the learning and teaching experience through satellite classes, for example, as well as Microsoft’s Cloud Computing concept through which education can be rolled out much more cheaply on a wider scale, thus benefitting more pupils than anyone had envisaged.

“The biggest challenge we face is ensuring that we find ways to make sure that education helps children prepare for tomorrow,” she said.

Microsoft is expecting to find wonderful examples of good practices in the classroom when the global Partners in Learning teachers’ competition takes place soon in Cape Town.

Speaking during the Imagine Cup technology contest for students held in Poland, Microsoft’s vice-president for education, Anthony Salcito, said technology is not the issue but ensuring how it can be better utilised in terms of providing access to information and ensuring relevance in the classrooms of the 21st century is.

To illustrate his point, and emphasise the urgency of tackling education differently, Salcito showed delegates a video in which an American student criticised the tertiary system for not adapting its teaching methods to the 21st century.

In the humorous video, a student explains why he quit studies, saying how a professor stands in front of an auditorium before 40 or 200 students, whose names he would not even have learnt. The student says he bought textbooks he never even opened — there was better information available on the internet. “We take tests based on how many facts we can memorise, but society doesn’t care because, in the information age, facts are free,” the student said. “We’ve lost sight of what education should be … it is about empowering students to change the world for the better. I dropped out of school because my school interfered with my education,” the student said.

After the Imagine Cup, world leaders gathered at the fourth annual Education Leaders Forum in Warsaw to examine how the private sector, governments and education systems could work together in delivering engaging, relevant and authentic experiences that would build stronger economies and more cohesive societies.

The Education Leaders Forum was attended by 135 delegates from 43 countries, including Microsoft education leader Reza Bardien and the University of South Africa’s executive director of ICT, Deon van der Merwe. At the forum, the spotlight fell on new ways of teaching and learning in the light of the global credit crisis and emphasised the need for faster production of new skills.

Microsoft president Jean Philippe Courtois said education should be a life-long quest, and that this ongoing learning is what keeps life and work interesting.

Courtois said improving access to education is critical and that the demand for post-secondary education is rising, especially in the developing world.

“A number of factors are fuelling this growth, however, the financial crisis has certainly played a role. The crisis has increased unemployment, disproportionately for youth in many countries, raising awareness of the need for higher education and skills development,” he said.

At the same time, in many countries, he said, budgets for education are being cut. “It’s clear that we will have to rethink traditional models to address the challenges this growth will create.”

Courtois said the dilemma faced by many around the world was improving access and quality with less money. “Many are looking to ICT to help. In essence, “Cloud Computing” is a way of saying that, in the not-so-distant future, many of your IT needs such as computing power and storage will be provided to you as a service, just as a utility provides you with electricity today. The phenomenon of Cloud Computing will mean that technology providers will build and manage massive data centres through which we can deliver IT services to businesses and consumers alike on an on-demand basis where you pay only for what you use.”