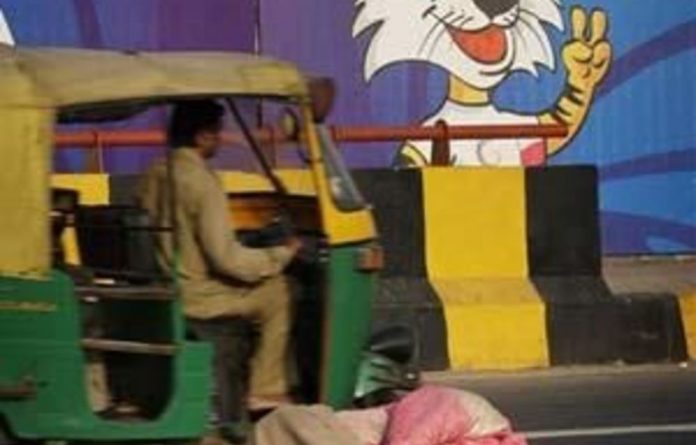 With national teams on their way to New Delhi, the Commonwealth Games chief said Saturday that India’s last-minute push to clean and finish facilities was paying dividends, but much more work remained before the beleaguered sporting event opens in less than a week.

As criticism of the filthy athletes’ village and other infrastructure problems escalated over the past week — and some teams threatened to pull out — Indian officials sent hundreds of extra workers to get the facilities in shape before the games.

Commonwealth Games Federation President Mike Fennell, who rushed to India this week to deal with the problems, told reporters that significant work had been done in recent days.

“There’s still a lot of work to be done, to do the final touches, and there’s more work in the village. It’s not over yet,” he said.

Regardless of the ongoing concerns, the first foreign competitors — the English hockey and lawn bowling teams — arrived on Friday. Although they will stay in hotels before moving to the village, their arrival eased concerns about a mass pull-out that could threaten the event, scheduled to start on October 3. New Zealand and Australia, both harsh critics of India’s preparations, also said their athletes would attend.

Northern Ireland also agreed to go to the games, saying that “progress has been made over the last few days”, and Scotland’s team — which had delayed its departure because of the problems — was to start flying to India on Saturday.

“There will undoubtedly be challenges ahead in Delhi, but we are confident that these can be effectively managed by our team management, who have done a fantastic job over the last week to ensure we could get to this position,” Commonwealth Games Scotland chairperson Michael Cavanagh said.

“I am very happy that today we are recording that there will be full participation in the games,” Fennell said.

India’s image has been battered for days by negative publicity over its last-minute, frantic preparations for the Olympic-style competition that brings together about 7 000 athletes and officials from 71 countries and territories. The prime minister and New Delhi’s mayor got involved to deal with the dirty games’ village, dangerous construction, swarms of disease-carrying mosquitoes and security fears.

Chris Jenkins, Wales’ chef de mission, said it was clear that in the last few days far more resources were brought to bear to finish the preparations.

“Over the last 48, 72 hours things have improved appreciably,” he said.

City officials deployed as many as 1 000 mop- and bucket-carrying workers to clean the village and make repairs.

Hundreds more workers were scattered across the city, doing everything from painting lines on roads to laying fresh grass in front of officials’ houses to spraying mosquitoes. Police roadblocks and teams of soldiers with assault rifles have become commonplace.

Fennell lamented that those resources were only committed at the last minute.

“While it was very sad that much of this work has not been done before … the efforts are paying off, and we have to ensure that it’s completed and sustained right throughout the Games,” Fennell said, adding that some apartment buildings in the village still needed extensive work.

Some roads remain pitted with deep potholes after weeks of heavy monsoon rains; water was still standing in the basements of some buildings at the village; many medical workers for the games were reportedly still waiting for their passes; and a north Indian farmer caste — who have long demanded they be officially listed as low caste to gain more government benefits — were threatening to bring chaos to the city on October 3 by flooding the roads with cattle.

Suresh Kalmadi, who as head of the local organizing committee has come under massive criticism for the problems, said he was certain everything would be complete in time.

“There’s still eight days left for the games to happen, and we will, in the next couple of days, three days, finish all the work that needs to be done,” he said.

Craig Hunter, England’s chef de mission, said he was glad to see the work in the village, but added “we are in a phase of looking at the detail, making sure that fire and safety equipment and procedures are in place and that the apartments are clean and safe.” His upbeat comments were tempered with warnings.

“Our next wave of athletes arrives Sunday and a lot still needs to happen before then. So more and swift action is required,” he said in a statement.

The athletes echoed his comments.

“The flats are spacious, which is good for a major games, but there are bits and pieces to be done to bring them up to standard,” English hockey player Ben Middleton said in the statement. “A couple of days will make a difference.” The Games were supposed to be a source of pride for India, a way to show off the last two decades of modernisation. But corruption scandals, delays in getting facilities ready and the conditions at the village turned the event into an embarrassment for the emerging Asian power.

The new optimism signalled a major change in mood from earlier this week, when team officials expressed horror at the conditions at the village — including excrement in rooms and problems with plumbing, wiring and furnishings.

Organisers also have struggled with financial woes, an outbreak of dengue fever, the collapse of a footbridge leading to the main stadium and security fears after the September 19 shooting of two tourists outside one of New Delhi’s top attractions. A Muslim militant group took responsibility for the shooting.

The cost of the games, pegged at less than $100-million in 2003, has skyrocketed, with estimates ranging from $3-billion to more than $10-billion.

Several teams initially deferred travelling to New Delhi, and a few sports officials even suggested the games might be postponed or cancelled. But England’s decision on Thursday to send its more than 500 athletes was a huge boost to the event.

At least nine athletes have withdrawn from the games in recent days because of health and safety concerns. – Sapa-AP