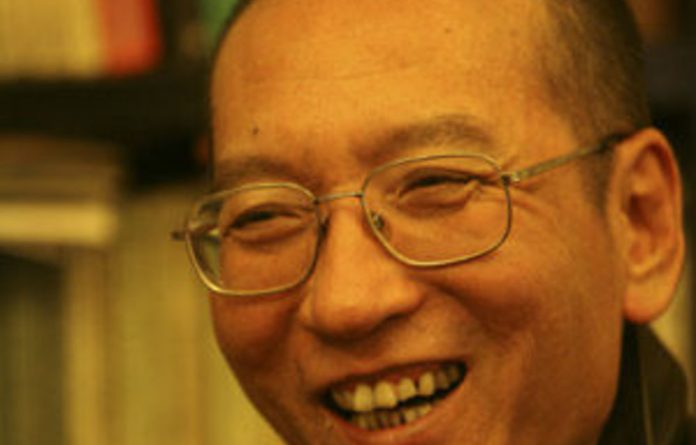 China’s dwindling band of pro-democracy dissidents believe awarding the Nobel Peace Prize to one of their own could bring change to the world’s most populous country, his wife told Reuters.

Liu Xiaobo, jailed in 2009 for 11 years for subversion, won the prize for his decades of non-violent struggle for human rights, putting China’s rights record in the spotlight at a time when the world’s most populous nation is starting to play a bigger role on the global stage.

“His friends repeatedly told me that they thirsted for Liu Xiaobo to win the prize more than he himself did because they think it would be an opportunity to change China,” she said by telephone.

The Norwegian Nobel Committee praised Liu for his “long and non-violent struggle for fundamental human rights in China”.

The Chinese government called the prize for Liu an “obscenity” that went against the aims of the prize and warned that it would hurt relations between China and Norway.

Liu was first jailed in 1989 for joining a hunger strike in support of the 1989 Tiananmen Square student-led demonstrations for democracy, which were crushed on June 4 with heavy loss of life.

The democracy movement is largely forgotten in China, with many Chinese abandoning activism and focusing instead on cashing in on economic reforms.

Beijing has changed dramatically since 1989 and an econm ic boom that is pushing it past Japan as the world’s number two economy.

The Communist Party continues to monopolise politics and rules out Western-style democracy. The Chinese government tightly controls the media and the Internet.

“I was listening to a live broadcast by telephone and could not believe it when I heard Xiaobo’s name announced,” Liu Xia said.

She told Reuters last Sunday that she doubted her husband had any chance of winning because of China’s growing diplomatic and economic clout.

Liu Xiaobo was jailed as the lead author of Charter 08, a manifesto issued by Chinese intellectuals and activists calling for free speech and multi-party elections.

“Xiaobo is innocent. The Constitution guarantees freedom of speech. They [the authorities] broke the law first,” she said.

Beijing police offered to take Liu Xia to the prison in Jinzhou in the north-eastern province of Liaoning, where her husband was being held, in an apparent effort to prevent foreign reporters from speaking to her.

“They are forcing me to leave Beijing,” said Liu Xia as her brothers packed her bags with plainclothes police waiting for her outside.

“They want me to go to Liaoning to see Xiaobo. They want to distance me from the media,” she said. – Reuters