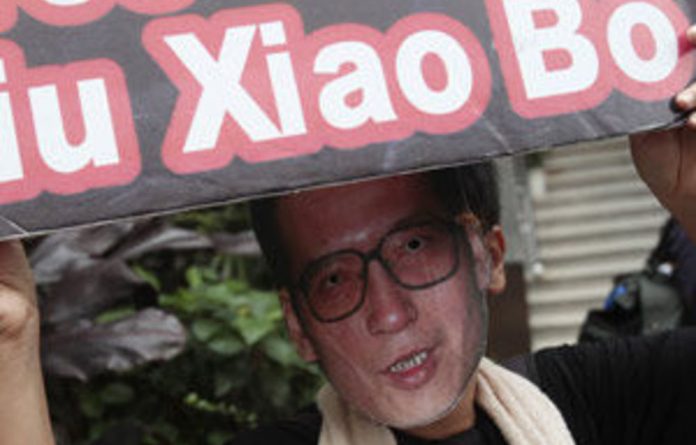 The Nobel Peace Prize for Chinese dissident Liu Xiaobo showed the West cannot stomach the idea of China’s rise, state-run newspapers said on Monday, adding to the government’s furious condemnation of the award.

Some state-controlled newspapers said it showed a prejudiced West afraid of China’s rising wealth and power.

“The awarding of the Nobel Peace Prize to ‘dissident’ Liu Xiaobo was nothing more than another expression of this prejudice, and behind it lies an extraordinary terror of China’s rise and the Chinese model,” said the Global Times, a popular Chinese-language tabloid that has led the media charge against the Nobel decision.

If Liu’s calls for a multi-party democracy in China were followed, a commentary in the paper said: “China’s fate would perhaps be no better than the former Soviet Union and Yugoslavia, and the country probably would have quickly collapsed”.

The China Daily, one of the government’s main English-language mouthpieces, said in a commentary that the award was “part of the plot to contain China” and was gross interference in the country’s internal affairs.

“Some may have expectations that such a prize will effect changes inside China in the direction they desire,” it wrote.

“But it can do little expect expose, and in some ways highlight, the deep and wide ideological rift between this country and the West.”

Liu (54) has been a thorn in the government’s side since 1989, when he joined student protesters on a hunger strike days before the army crushed the Tiananmen Square pro-democracy movement. He has been in and out of jail ever since for his campaigning for freedom of speech and political liberalisation.

Liu’s prize was roundly applauded in the United States and Europe, with President Barack Obama calling for his release.

Taiwan President Ma Ying-jeou, though an advocate of closer ties between his island and Beijing, added his welcome to Liu’s award.

“If Liu Xiaobo can regain freedom, I believe the Taiwanese people would very much appreciate China’s move,” Ma, his eye clearly on domestic public opinion, said over the weekend.

No contact with laureate’s wife
Liu’s lawyer, Shang Baojun, told Reuters that he had been unable to contact the Nobel recipient’s wife, Liu Xia.

“I don’t have any direct news,” said Shang. “She’s probably at home with communications cut off, under surveillance — she’s called it house arrest,” he said, citing messages circulated on the internet.

New York-based Human Rights in China said Liu told his wife that the award was “for the lost souls of June Fourth”, a reference to the 1989 Tiananmen crackdown.

“The state security officers are not allowing Liu Xia to contact the media and her friends, and she has been told that if she wants to leave her home, she must be escorted in a police car,” the group said.

Rights groups have also reported that other activists and dissidents have been detained since the prize was announced.

Many signatories of the Charter 08 petition which called for sweeping political reforms have either been locked away, put under house arrest or otherwise harassed, perhaps the most famous of whom is Liu, jailed last Christmas day for 11 years.

On Friday, the Chinese Communist Party’s Central Committee, a policy-setting council that usually meets once a year, gathers for a meeting, adding to the net of security across Beijing.

Popular online Chinese portals such as search engine Baidu have disabled searches for Liu’s name, though some angry comments have appeared on the Global Times‘ website.

“This is a vicious plot orchestrated by political hooligans,” wrote one poster of Liu’s Nobel.

“This kind of Nobel Peace Prize is no better than scrap paper,” it said.

In Hong Kong, which enjoys considerable freedoms as a special administrative territory of China, a small group of protesters demanding Liu’s release gathered outside the central government liason office.

“The authoritarian regime can either go down in history or they have to transform themselves in a peaceful and orderly manner,” said pro-democracy lawmaker Albert Ho. – Reuters