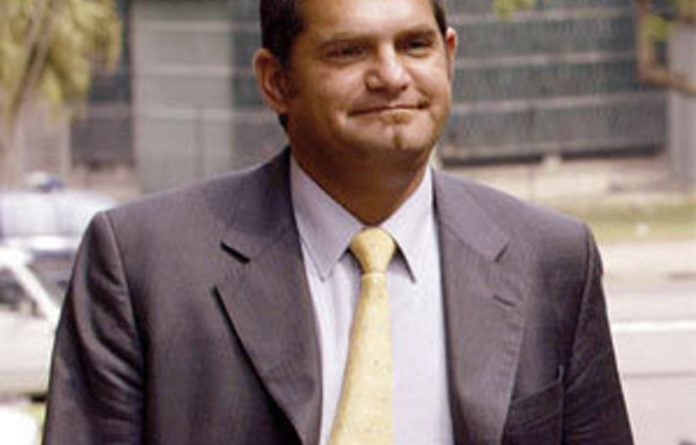 The arms deal investigation is dead. After a decade of investigators’ blood, sweat and tears, and ever larger revelations about hundreds of millions of rands splurged by arms merchants to lubricate the sale of jets, ships and submarines, Hawks boss Anwa Dramat has effectively buried the probe.

The Hawks confirmed this week that Dramat closed the last two active legs of the investigation on September 21 after feedback from the National Prosecuting Authority (NPA).

The decision — which flies in the face of substantial evidence — came two weeks after Dramat failed to persuade MPs to “take an executive decision” to halt the probe.

While elements of the criminal justice system are still pursuing leads previously ordered, it appears that — with the main investigative capacity at the Hawks shut down — these efforts stand little chance of success.

The Hawks, a police branch formally called the directorate for priority crime investigation, succeeded the NPA’s disbanded Scorpions unit in specialist investigations including into the arms deal.

The death of the probe means that well-connected South Africans suspected of receiving or channelling bribes — chief among them Chippy Shaik and Fana Hlongwane — are off the hook, as are the foreign arms merchants now known to have spent more than R1-billion in “commissions” as they sold R30-billion worth of military hardware to the South African government.

It also means that democratic South Africa has failed its most important test in dealing with corruption allegations. The question is whether a “Polokwane consensus” — an accommodation between warring ruling-party factions that accused one another of using arms deal investigations to target one another — supplied the motive.

Shaik, head of defence procurement when the arms deal was finalised in the late 1990s, stood accused of negotiating a $3-million (now R20-million) bribe with one of the companies in the German Frigate Consortium which sold South Africa four patrol corvettes. He is a brother of Schabir Shaik, one of only two individuals convicted for arms deal corruption, and Mo Shaik, head of the South African Secret Service. Both were key backers of President Jacob Zuma in his political ascendancy.

Hlongwane, adviser to then-defence minister Joe Modise while the arms deal was set up, allegedly received roughly R250-million in payments, much of it via an opaque offshore network, from BAE Systems. The arms giant sold South Africa jet trainers and fighters. Hlongwane was on the guest list for the wedding of police chief Bheki Cele — Dramat’s boss — a fortnight ago, with members of the political elite, including Zuma.

Formal investigations into the arms deal started almost exactly a decade ago when Parliament’s standing committee on public accounts (Scopa) requested a multi-agency probe in October 2000.

Although massive resources were expended by the auditor general, public protector, Scorpions and others over the years, one leg after the other succumbed, inter alia to cover-up conspiracy and capacity constraints. An advanced probe into Modise himself was dropped when he died in 2001 and a prima facie case against Zuma was abandoned last year after evidence emerged of political interference in the timing of his prosecution.

It was to Scopa that Dramat returned early last month to brief MPs at their request on progress with the two remaining active legs of the investigation — both of which had been given new life in recent years as investigations abroad dislodged firm evidence of untoward payments.

Dramat explained to MPs that the Hawks took up the German Frigate Consortium (GFC) leg of the investigation after arms deal whistle-blower Richard Young lodged a formal complaint with police last November. He claimed that the investigation “depends on information from the German authorities” — information that would need to be obtained via a formal letter of request issued by a judge.

The process to get this letter issued started in June, when the NPA in Gauteng tasked the NPA’s specialised commercial crimes unit, Dramat said — but he complained to MPs about the three years it would take to conclude the investigation “if the German authorities cooperate”.

What Dramat did not brief the MPs on was the strength of the evidence. During their own probes, German authorities seized among other things a copy of a memo written in August 1998 — shortly before the Cabinet was to approve the selection of preferred suppliers — by a top executive in the GFC, Christoph Hoenings.

In the memo, of which the M&G has a copy, Hoenings recorded that Chippy Shaik “asked once again for explicit confirmation [of] the verbal agreement made with him for payment to be made in case of success, to him and a group represented by him, in the amount of $3-million”.

The M&G understands that the German authorities have further corroborative documentation, including an instruction in which Shaik allegedly nominates accountant Ian Pierce to receive the payment. German magazine Der Spiegel reported two years ago that Merian Ltd, an offshore company represented by Pierce, received $3-million in April 2000, the same month that South Africa paid the GFC the first instalment on the corvettes.

Asked this week why Dramat had closed the German leg of the investigation, Hawks spokesperson Musa Zondi said: “The main reason was that the investigation has not yielded any evidence that the prosecuting team finds useful.”

Zondi did not answer a follow-up question about how such a conclusion was possible without attempts to secure the evidence from Germany having been followed through.

Shaik, who in the past has denied corruption, declined to comment this week.

The GFC leg of the investigation also appears to have included a $22-million payment to Greek middleman Tony Georgiadis, who was close to politicians including former president Thabo Mbeki.

In his briefing to Scopa Dramat told how investigations into bribery by BAE Systems were reopened in 2008 after information was received from Britain’s Serious Fraud Office. The evidence was damning: it included how the British arms multinational had splurged more than £115-million (now R1,25-billion) on “commission” payments, most of it through a secretive offshore network.

Hlongwane received payments totalling roughly R250-million, much of it covertly. Some were frozen by foreign authorities who suspected irregularities.

Investigators have attempted to ascertain whether Hlongwane made onward payments to decision-makers — a task admittedly complicated by difficulties in obtaining bank records dating back as far as a decade.

But even if onward flows could not be proved, the question remained whether payments to Hlongwane did not constitute a crime in itself, as he had the power to influence the deal as Modise’s adviser.

In his briefing Dramat complained that no results had been received yet from requests for information from the United Kingdom, Jersey, Liechtenstein and Switzerland and that it would take “three to five years” to complete the investigation.

Dramat said the docket was submitted to the NPA in June and that a decision was awaited. This week Hawks spokesperson Zondi said the BAE leg of the investigation had been closed because the NPA had advised that “it is not possible to draft charges against any person”.

This decision appears to reflect NPA head Menzi Simelane’s attitude in the past that there was nothing wrong with Hlongwane’s receipt of money from BAE because there was a contract in place between them.

Again Zondi did not answer a follow-up question asking how the investigation could be halted without the information requested from abroad in hand yet.

Scopa chair Themba Godi told the M&G on Thursday that he was surprised. “My reaction at this point is that this is quite a dramatic announcement by the Hawks, if it’s true. The impression we got from our last engagement with the Hawks and the NPA was that this process was ongoing, that there were interactions with foreign authorities and they were waiting to be given additional information.”

During the Scopa meeting MPs confronted Dramat over his suggestion that Parliament take an “executive decision” to halt the probe in view of the time and resources required. Dramat then withdrew the suggestion.

As far as the M&G could establish, the specialised commercial crimes unit, which was tasked in June with pursuing the request to the German authorities and has to handle the requests already made to the UK, Jersey, Liechtenstein and Switzerland, has received no instruction to stand down — in spite of Dramat’s decision.

Advocate Glynnis Breytenbach, who has been assigned as prosecutor in both the BAE case and the GFC case, is overseas and could not be reached for comment on the Hawks’ announcement.

The NPA’s position also remains unclear. While the reasons given by the Hawks for terminating both legs of investigation implicate the prosecutors at least in part, the NPA failed to answer any questions.

A legal practitioner with know-ledge of some of the circumstances said the NPA could either decline to prosecute or ask the police to secure additional information to fill gaps in the dockets. There is no confirmation that either avenue has been followed.

Booysen testifies about Gupta visit, why he didn’t tell Ntlemeza