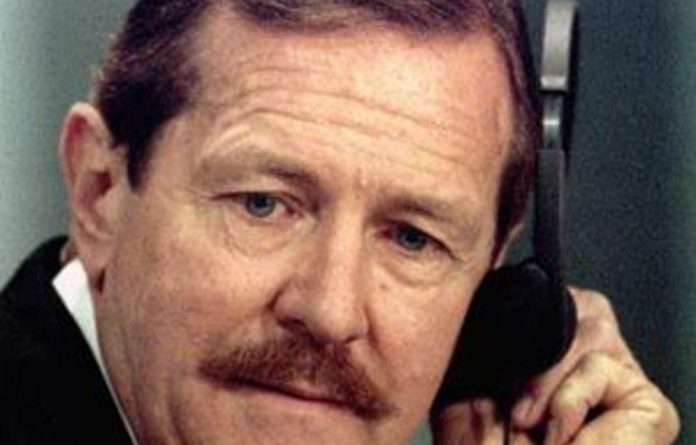 Chris Derby-Lewis’s lawyer, Marius Coertzer, issued a statement on Thursday saying that the convicted murderer’s cancer has spread and is worse than expected.

Derby-Lewis underwent his fifth operation on Wednesday to remove the last of cancerous skin cells from his face.

“He has been diagnosed with prostate cancer, which has been confirmed a week ago with a biopsy, but during the operation yesterday [Wednesday] it was discovered that it is much worse than was expected,” Coertze said in a statement.

“The cancer has already spread to some of his other internal organs, which is bad news. He will receive chemotherapy and radiation in an attempt to slow down the cancer.”

He was still suffering from hypertension but was being medicated daily to keep it under control.

No reading or clean clothing for Derby-Lewis
“The news of his prostate cancer came as a fresh shock to him, but he bravely tries to stay in a positive mood and not become depressed,” said Coertze.

He said Derby-Lewis’s wife, Gaye, was prevented from visiting him last week because she did not have a visiting pass with her, even though the visit had been arranged.

Also, since she was accused by the Department of Correctional Services of smuggling in a laptop for him, he has been refused any reading material.

“Since the incident with the laptop computer — which his wife had nothing to do with — Mr Derby-Lewis has been bluntly refused any reading material.

“Also, he has been refused to receive clean washing — mainly pajamas –from his wife during visits. He is still being chained to his bed during most part of the day,” said Coertze.

Correctional Services minister yet to respond to parole request
A report on Clive Derby-Lewis’s health was submitted last month to the parole board to support his application for early release.

“We expect to receive those recommendations by mid-November or the later part of November. The minister will make an announcement after considering the recommendations, maybe in early December,” Mbananga told the South African Press Association (Sapa).

Derby-Lewis is serving a 25-year term for his role in the killing of the South African Communist Party secretary general Chris Hani in 1993. — Sapa

A failed coup in September, weeks of brinkmanship, and a looming crisis in eastern Sudan have laid bare tensions between civilians and military leaders
Politics

Rebels killed Muammar Gaddafi in his hometown of Sirte on 20 October 2011, months into the Nato-backed rebellion that ended his four-decade rule
Advertising