Comrade Barbara, we salute you! 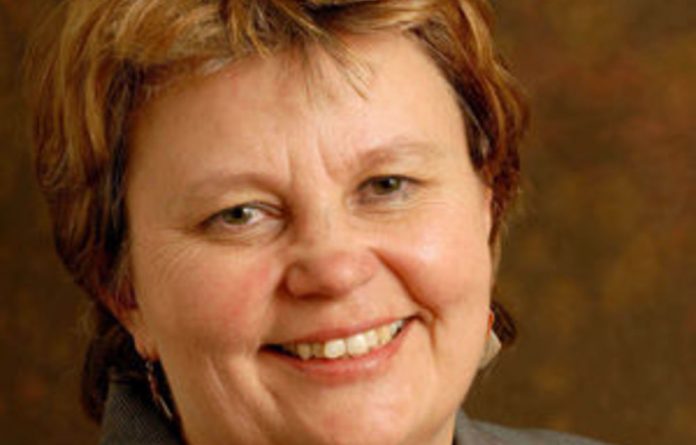 When Barbara was appointed minister of health in 2008, most people did not know her.

This tribute is written because she is a remarkable, almost anonymous leader, a white person from a working-class background in the liberation movement and a woman in a male-dominated environment.

Barbara grew up on the East Rand in a non-political working-class family. She enrolled at Wits University where she joined a group of students who were actively opposed to the apartheid government. Many of her comrades were to become important opinion makers and public officials in a new democratic South Africa.

On June 16 1976 Barbara marched in protest with other activists at Wits University and soon after joined a banned ANC.

She also became active in the trade union movement. Her underground ANC work resulted in harassment, arrest and torture by the security police. In 1982, she was detained and held in solitary confinement for a year on the grounds of “furthering the aims of a banned organisation”.

Her close friend Neil Aggett was murdered in detention. Barbara was then prosecuted for high treason.

Particularly egregious was the prosecutor’s spiteful insistence on a longer prison term to prevent her from bearing children.

Ironically, this first sentencing of a white woman for high treason was an affirmation of the ANC’s non-racial struggle.

During her prison years, she spent time in the Fort women’s jail, now the site of Constitution Hill, and then in Pretoria Central. She was separated from African women prisoners — so often she was lonely and isolated. Her battles with the prison authorities challenging the rules of prolonged incarceration are legendary.

In 1990 Barbara was released along with many other political prisoners. She was thrust, at a very difficult time for the movement, into organising the ANC in what is now Gauteng. She was elected the first regional secretary of the ANC in the PWV region. She also served on the national executive committee.

Elected to the first democratic Parliament in April 1994, she became chairperson of the portfolio committee on finance. She supported the arms deal investigation and remained an opponent of the deal.

She championed parliamentary oversight of the budget and insisted on the legislature’s powers to amend money Bills and on questioning inflation targeting.

Her many detractors in power included some socialists, who saw her tough side on maintaining budget discipline and accounting for public spending.

In the darkest years of Aids denialism, Barbara openly identified with the work of the Treatment Action Campaign (TAC).

She famously told the treasury that it indeed had access to a study on antiretroviral costing commissioned by the TAC, which proved its affordability, when activists were accused of “marching but not knowing anything about costs”.

Opposition to the arms deal, questioning inflation targeting and a principled stand on the right to life of people living with HIV were some of the issues that led to her removal by former president Thabo Mbeki and his allies as chairperson of the finance portfolio committee.

In September 2008, when Barbara was appointed minister of health, replacing Manto Tshabalala-Msimang, every HIV activist celebrated.

During this period, she again showed that she was prepared to take unpopular positions when she condemned the refusal to allow the Dalai Lama to enter South Africa.

On her appointment as minister of public enterprises her approach was again to ensure that the rule of law and proper corporate governance was firmly entrenched in every act and deed.

Along with a remarkable deputy minister, Enoch Godongwana, she re-established the principle of proper and lawful shareholder oversight and of accountability to Parliament.

She worked on the interministerial committee on energy, dramatically downsized the pebble-bed modular reactor, and made critical board appointments in several of the nine state-owned enterprises that she had authority over.

She is now retiring from government and parliamentary politics and will spend time with “Kathy” — Ahmed Kathrada, one of the bravest souls and the last of Nelson Mandela’s surviving co-trialists who served time on Robben Island.

Barbara remains a hero in our communities and within organisations such as the TAC and Equal Education.

We know that one day she will return to her roots to help create a new generation of civil society leaders dedicated to the principles of the Constitution and public service.

Zackie Achmat is a social justice activist based in Cape Town. Fatima Hassan is the former special adviser to Barbara Hogan

A major cabinet reshuffle is on the cards