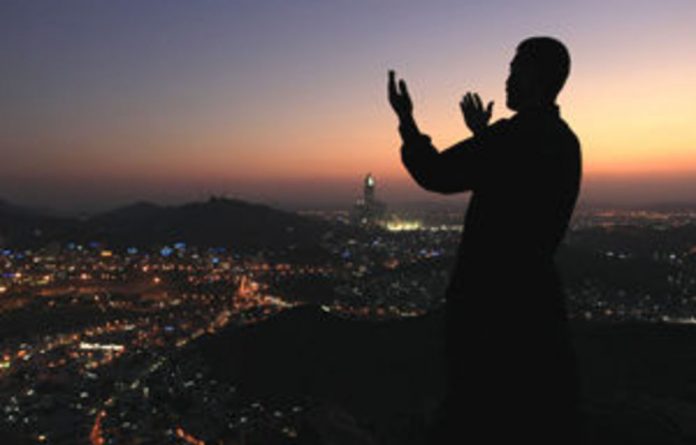 The arid landscape hugging the Jeddah-Mecca highway used to hold little appeal. But now travellers can marvel at the fantastical structure rearing out of the unforgiving landscape, visible from 40km away.

The new 485m-high Mecca clock tower, resembling London’s Big Ben, with a gold crescent and Arabic calligraphy adorning it, symbolises the dizzying vision and growth of the religious tourism industry in Saudi Arabia.

An estimated 2,5-million Muslims began the annual hajj pilgrimage and the number of tourists to Mecca and Medina, home to the prophet Muhammad, is expected to rise from about 12-million to almost 17-million by 2025.

The clock tower is part of the Abraj al-Bait complex of luxury hotels, malls and apartments. Valued at $3-billion, it has a built-up area of 1,4- million square metres, 15 000 housing units and 70 000 square metres of retail space.

‘Ethos of sacrifice’
Some would say that the level of pampering offered by some hotels — Asprey toiletries, a 24-hour butler service, $270 chocolate selections and royal suites at $5 880 a night — jars with the ethos of sacrifice, simplicity and humility of the hajj.

Helal disagrees: “As long as you do what you have to do for the hajj, it doesn’t mean you have to eat bread or sleep on the floor. It’s not for me to say how people should stay when they get here.”

Business reports conclude that Saudi tourism, especially the religious variety, is recession-proof. The number of tourists is still only a fraction of the world’s Muslim population of 1,8-billion and the number of pilgrims is growing 6,7% a year.

The Saudi commission for tourism and antiquities said revenue from tourism this year would reach $17,6-billion and almost double again by 2015. Business Monitor International forecasts that by then, there will be 319 000 rooms in Saudi Arabia, up from 218 000 last year.

As a sign of how seriously the country is taking its tourism industry, a $6-billion, 440km rail link will connect the two holy cities, slashing journey time, while a $2,4-billion upgrade will increase the capacity of Medina airport from three million to 12-million passengers a year.

King Abdul Aziz International airport in Jeddah will also expand its capacity, from 30-million travellers by 2012 to 80-million when finished.

Improving the pilgrimage
The latest efforts to improve the pilgrimage experience is the al-Mashaaer al-Mugaddassah metro, which will carry people between Muzdalifah, Mina and Mount Arafat, important locations for pilgrimage rituals.

At its peak it will transport 72 000 passengers and go some way to relieving the interminable congestion. All around the Grand Mosque and the Ka’bah, which are overshadowed by cranes and skyscrapers, construction continues at a frenzied pace.

Mountains have been razed to make way for towers and homes demolished. The mountains of Mecca — Omar, Kaabah and Khandama — will no longer exist. The Shamiya district has all but disappeared. Everywhere there is a stench of machine oil and cement that mingles with the more familiar odours of hajj: sweat and flipflops. As many towers as possible are being built, says Helal.

“There used to be small houses. They were old-fashioned. The Mecca opportunity is growing. More people will come to the hajj. Demand used to be more than supply, now they’re even.”

The Mecca makeover is a source of pride for those working in the hotel and tourism sector. Asim Garout (38) has lived in Mecca all his life. Now working at the Makkah Clock Royal Tower, he says the Saudi government is publicising how much it values the holy city. “They want Mecca to be the heart of Islam.