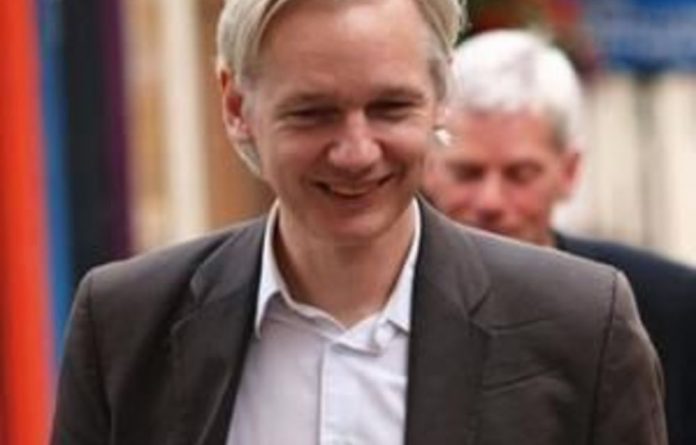 The United States on Wednesday faced a storm of anger from foreign governments who were scrutinised in leaked cables as President Barack Obama named an expert to prevent it from happening again.

Under pressure, Amazon booted activist website WikiLeaks from its servers, forcing it on to European Web hosts. WikiLeaks’ founder Julian Assange went deep into hiding after Interpol called for his arrest on rape allegations.

While many countries initially took WikiLeaks’ release of secret cables in stride, a growing number of foreign leaders voiced outrage upon learning that US diplomats privately doubted their intentions, abilities or integrity.

Russian Prime Minister Vladimir Putin was not amused by leaked cables in which US officials called Russia “an oligarchy run by the security services”, suspected mafia influence over the city of Moscow and said President Dmitry Medvedev played “Robin to Putin’s Batman”.

“To be honest with you, we didn’t suspect that this would be done with such arrogance, with such a push and, you know, being so unethically done,” Putin told CNN’s Larry King Live.

Putin warned the United States not to “interfere” in Russia. But the former KGB spy also suggested a more complicated theory — that “somebody” with a political agenda was feeding the cables for WikiLeaks to release.

“So I don’t see this as being a catastrophe,” Putin said.

In Turkey, Prime Minister Recep Tayyip Erdogan was livid at allegations mentioned in the cables that he kept secret Swiss bank accounts.

“I do not have one penny in Swiss banks,” Erdogan said, urging Washington to “call to account” its diplomats for “slander derived from lies and inaccurate opinions”.

‘Colossal scandal’
In Argentina, a government minister said it was “shameful” that US Secretary of State Hillary Clinton inquired through a cable about the psychological health of President Cristina Kirchner.

Elsewhere in Latin America, where suspicions of US foreign policy run deep, Uruguay said it would contact the US embassy about the cables. Former Cuban leader Fidel Castro, a longtime US nemesis, spoke of “a colossal scandal”.

At a summit in Kazakhstan, Clinton met with UN Secretary-General Ban Ki-moon, who according to a leaked cable has undergone US surveillance.

“I do not believe that anybody would be happy when somebody knows that he or she is under watch by somebody,” Ban told reporters.

Obama named Russell Travers, an anti-terrorism expert, to “lead a comprehensive effort to identify and develop the structural reforms needed in light of the WikiLeaks breach”, the White House said.

The State Department has already temporarily suspended Pentagon access to some documents. WikiLeaks is believed to have obtained 250 000 cables from Bradley Manning, a disgruntled 23-year-old army intelligence officer.

‘Free speech the land of the free’
WikiLeaks was thrown off its web host Amazon, best known as a book retailer. After several hours of disruption, WikiLeaks was again accessible in the United States via a European server.

US lawmakers vowed to seek answers from Amazon on why it hosted WikiLeaks.

“This situation should serve as an example for all private US and international companies that conducting business with WikiLeaks is intolerable and against American interests,” said Peter King, a Republican congressman from New York.

WikiLeaks mocked the move in a message on Twitter, saying: “Free speech the land of the free — fine our dollars are now spent to employ people in Europe.”

Assange, a 39-year-old Australian computer hacker, was reported to gone under disguise. Interpol early on Wednesday called on member-nations to arrest him on a Swedish warrant for questioning over allegations of rape and molestation.

“He is justified in being concerned for his safety. When you have people calling, for example, for his assassination, it is best to keep a low profile,” WikiLeaks spokesperson Kristinn Hrafnsson said in London.

Canadian pundit Tom Flanagan said on a talk-show that Obama should assassinate Assange as the leak risked starting war in the Middle East. Flanagan later regretted his “glib” remarks.

Despite the strong reaction in parts of the world, some US allies such as Italian Prime Minister Silvio Berlusconi — whose purported late-night partying was detailed by a cable — have downplayed the leaks.

Clinton lavished Berlusconi with praise during a meeting in Kazakhstan, saying: “We have no one who supports American policies as consistently.”

Kenyan Prime Minister Raila Odinga — whose nation was reportedly described in one US cable as a “swamp of flourishing corruption” — even welcomed the disclosures as “helpful”. – Reuters