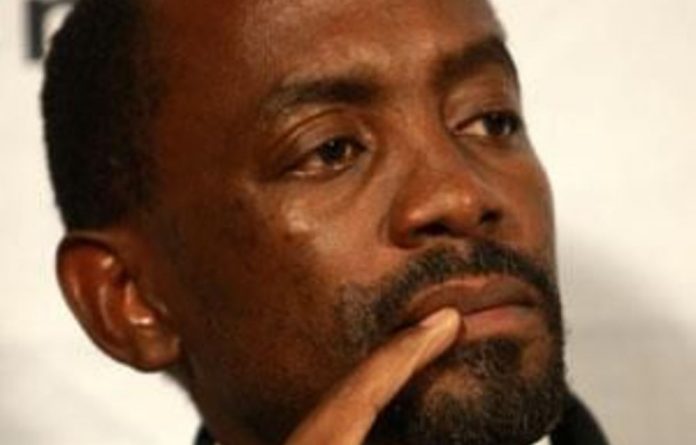 Correspondence between Menzi Simelane, now prosecutions chief, and British investigators has thrown a harsh light on Simelane’s repeated attempts while he was director general of the justice department to thwart the investigation of the arms deal.

The disclosure comes while Parliament’s public accounts watchdog, Scopa, which first demanded the investigation a decade ago, awaits answers over the decision two months ago to can what was left of the probe.

Although that decision was formally taken by Anwa Dramat, the Hawks boss, the tone was set earlier this year when Simelane terminated asset forfeiture proceedings against arms-deal kingpin Fana Hlongwane on grounds that the hundreds of millions of rands he received from British arms supplier BAE Systems were paid in terms of a valid consultancy contract.

This flew in the face of investigators’ evidence that the consultancy was a sham.

Now it has emerged that Simelane hobbled the process from the first moves by Britain’s Serious Fraud Office (SFO) in 2006 to seek help from the South African authorities in their investigation of BAE.

Correspondence seen by the Mail & Guardian shows how Simelane misinformed the SFO about the status of investigations in South Africa, misrepresented the legal framework governing international cooperation and tried to keep Scorpions’ and SFO investigators from cooperating.

As justice director general Simelane was the “central authority” through whom mutual legal assistance (MLA) requests had to be made.

The SFO request in June 2006, first reported by the M&G, detailed more than R1-billion in “commission” payments by BAE on the South African deal — and named a number of South African recipients, including Hlongwane.

It appears that Simelane sat on the SFO application until the evidence was splashed on the M&G‘s front page in January 2007.

On February 13 he wrote to the SFO raising queries about the British request.

Simelane wrote that his department had noted “that the said individuals and/or companies are not being investigated by the South African law enforcement authorities”.

He claimed the so-called “Harare Scheme on Mutual Assistance in Criminal Matters within the Commonwealth”, which the SFO had cited, had “no legal force in South Africa”.

It is understood the SFO approached the National Prosecuting Authority (NPA) for help after this brush-off.

Vusi Pikoli, the national director of public prosecutions, was obliged to point out to Simelane that South Africa was in fact a signatory to the Harare scheme and that the South African legislation did not require there to be a local investigation for legal assistance to be granted.

Despite the fact that the Scorpions had registered a preparatory investigation into the arms deal that dated back to November 2000, Simelane finally referred the SFO request to the South African Police Service.

In mid-2007 an SFO team visited South Africa and held informal discussions with the NPA about the BAE investigation.

It was clear that the Scorpions, rather than the police, had both the background knowledge and the expertise to assist the SFO.

It appears that Pikoli approached Simelane again, urging him to refer a revised SFO request to the NPA as the Scorpions investigation of BAE was still live.

Simelane was not receptive.

On August 22 he wrote to Pikoli: “Your letter in the above matter dated 13 August 2007 refers … Whilst I appreciate the role of the Directorate for Special Operations [Scorpions], I fail, at this stage, to understand your argument that it would be counter-productive if the SAPS were also requested to intervene in the matter.”

Simelane agreed to a meeting to discuss the matter, but a month later Pikoli was suspended as a result of his determination to pursue another sensitive investigation — the Jackie Selebi case.

The SFO asked Simelane to facilitate a cooperative investigation in which information was shared between UK investigators and the Scorpions.

Passing through diplomatic channels, the SFO request reached Simelane’s office in December 2007 and was officially conveyed to Mpshe in March 2008.

By then the Scorpions had already received sufficient information from the SFO about the various BAE payments to convert the 2000 preparatory probe into a full-scale investigation of BAE.

Again, this decision hit resistance from the justice department. Apparently on Simelane’s advice, Brigitte Mabandla, the then justice minister, wrote to Mpshe questioning the legality of the Scorpions’ investigation of BAE and of the interaction between the Scorpions and the SFO.

On March 26 Simelane wrote to the SFO objecting to the attempt to bypass the police and cooperate with the Scorpions.

“Your request for Mutual Legal Assistance directed to the acting NDPP, Adv Mpshe and the subsequent engagement between your office and the NPA pursuant thereto does disturb me … I would like an indication from your office if at all there has been problems with the assistance that the police services have provided, and if so, what exactly have they been?”

Simelane went on to note: “It is after all our prerogative to decide which of our institutions is best placed to provide with the necessary assistance. In light of the above I would require that you advise me whether or not you are prepared to resubmit your request through proper channels.”

These objections were met with detailed legal responses from Mpshe, but Simelane raised further objections.

Bizarrely, he complained that the October 2007 SFO request had been sent directly to the NPA and only was copied to his office by the NPA in March 2008.

Somehow, he ignored the December 4 date stamp showing it had been routed to the NPA by his own department.

Simelane also appeared to believe that the SFO’s South African probe had been terminated with the demise of the Saudi Arabian leg of the investigation, which was shut down by the SFO director after intense pressure from the Saudis and the government of Tony Blair.

The SFO was forced to disabuse Simelane of this notion, confirming that only the Saudi investigation had been terminated, while other BAE investigations, including the South African leg, remained live.

Despite this, as the M&G reported last year, Simelane persisted with this argument when he met the SFO in London on August 22 2008, leaving his UK hosts mystified. Meanwhile, the Scorpions pushed ahead.

Based on affidavits and SFO evidence, they raided BAE targets, including Hlongwane, in December 2008.

Last sting of a dying unit

It proved to be the last sting of a dying unit. In January 2009 the Bill disbanding the Scorpions was enacted and the unit disintegrated, leaving a lone investigator, transferred to the Hawks, to process hundreds of thousands of documents seized in the December raids.

In February 2010 BAE reached a plea bargain with the SFO and the United States justice department, paying a hefty fine, but a month later Simelane opted to withdraw a preservation order obtained by the asset forfeiture unit against assets held by Hlongwane in Switzerland.

Simelane claimed the foreign settlements negated claims of criminality, despite damning evidence that BAE went to great lengths to conceal its system of commissions and agents.

In September the Hawks decided to terminate further investigations of the matter, despite the fact the NPA has yet to make a formal decision on the BAE docket.

The BAE settlement with the SFO will have to be approved by a judge in a hearing scheduled for December 20. But there is doubt in legal circles that the SFO has the power to strike such plea bargains.

The deal has also been criticised by anti-corruption campaigners, who say BAE has been let off too lightly.

Mthunzi Mhaga, the NPA spokesperson, speaking on behalf of Simelane, said: “We won’t respond to these questions, as we are not dealing with the arms deal.”