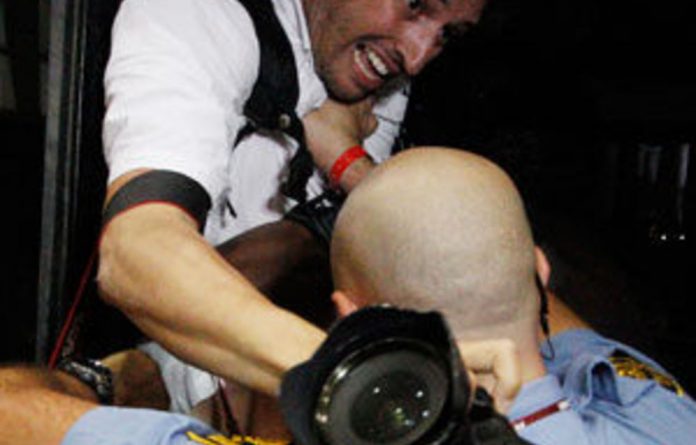 Evidence of green business profits and more direct industry engagement may be needed to push UN climate talks out of stale rich-poor rivalries to a global agreement.

Negotiations like the just-finished 190-nation U.N. climate talks in the Mexican resort of Cancún do not give businesses or investors a formal role, consigning them instead to hold side events in hotels far from the conference centre.

More business engagement was the key to unlocking real progress, said Yvo de Boer, who stood down as the UN’s climate chief earlier this year saying it was a missing pillar.

Clean technology profits could illustrate the opportunities from a global climate deal, and convince negotiators from China and the United States, the world’s top two emitters, to cooperate.

“We’re trying to get away from a zero-sum logic,” World Bank President Robert Zoellick told Reuters.

“From my own experience in trade negotiations, if you see it as one guy wins the other guy loses you’re going to have a hard time getting a deal frankly because nobody wants to go home the loser.”

Zoellick referred to World Bank-backed projects from solar power in North Africa to energy efficiency in Mexico — “Each of those builds experience on the ground … help the diplomacy by showing the different parties that there are win-win actions.”

The November 29 to December 10 talks in Cancún were hobbled by familiar fault lines between developing and developed countries over sharing the burden of cuts in greenhouse gas emissions after 2012, when the present round of the Kyoto Protocol expires.

Kyoto binds the emissions of nearly 40 industrialised countries which now want a wider pact also regulating the United States, which did not ratify Kyoto, and big emerging economies.

“Meeting representatives of business in the past 10 days, I’ve been asking them to step up to the plate and invest in low-carbon technologies,” said Christiana Figueres, the head of the UN’s climate secretariat.

“We know the theory on sustainable development, what we need is very concrete examples that we can point to and say this is the way it is done. Currently we do not have a single country that can say this is a successful model because we only have examples in specific sectors in specific countries.”

Theory
De Boer, now climate adviser to consultancy KPMG, said previous business engagement had been too vague. “Part of the problem is it’s not at the level of detail and precision that’s relevant to people involved in the negotiating process.”

“It’s slowly beginning to happen, we need to go to that next level of precision,” he told Reuters, saying that business was trying to speak the same language as negotiators. Business has issued four “communiques” to UN climate conferences over the past three years, calling for a global deal which helps put a price on damaging carbon emissions, and so tilt competitiveness in favour of low-carbon energy.

The USS pension fund devotes nearly 1% of its £29-billion ($45,94-billion) in assets to low-carbon technologies including renewable energy. Governments must be more explicit about supporting clean technologies “if allocations are ever to get to the levels that we hear are required”, said Russell.

Forum
Meanwhile, the focus for business lobbying and engagement was shifting, to reflect the rising global status of emerging economies such as China, the world’s biggest carbon emitter.

G20 summits of the world’s leading economies were increasingly important, although unlikely to replace the United Nations as the place to write global policy.

“Those are two very high level engagements,” said economist Nick Stern, referring to two recent business conferences on the fringes of the South Korean G20 summit and the Cancun talks.

“This is about clarity of government policy particularly nationally but also internationally,” he told Reuters.

“The G20 and the UN are both good places. The G20 is integrated into the bigger economic choices of the day, but the UN is making the policy on climate change.”

In one concrete example of global business engagement, the European Union was commissioning pilot power plants to demonstrate a technology called carbon capture and storage (CCS), which traps carbon emissions from smokestacks, following an initiative by the G20.

“What it demonstrates is that large-scale public-private partnerships can make a difference,” said David Hone, climate change adviser at the oil major Royal Dutch Shell.

“The EU demonstrations programme is partly in response to the G20 calling for a certain number of demonstration of CCS during this decade. It’s not about lobbying the G20 but showing that these large-scale endeavours can come together and work.”

“In my experiences as a former policymaker when you have the support of the business community you are much more proactive, you become more forward,” he said. – Reuters

Why Cancún gives us hope

This year's deal is a crucial advance for the global cooperation needed to halt climate change.
Read more
National

South Africa and other developing countries called for a legally binding outcome at the climate change talks held in Mexico over the past week.
Read more
World

China makes an eco-friendly step in the right direction

China, cast as the wrecker of the UN climate negotiations last year, went some way towards rehabilitation.
Read more
World

Almost 200 nations sought to break a deadlock between rich and poor on steps to fight global warming.
Read more
World

Negotiators on climate change were raising their hopes on Monday after signs of modest progress in Mexico.
Read more
National