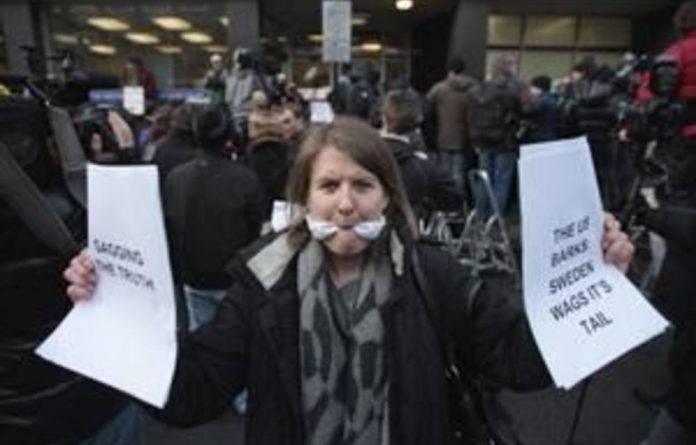 Lawyers for Julian Assange, held in Britain over allegations of sex crimes in Sweden, will try again on Tuesday to win bail for the WikiLeaks founder who provoked United States fury by publishing secret diplomatic cables.

The 39-year-old Australian handed himself in to British police last week after Sweden issued a European arrest warrant.

Assange was accused this year of sexual misconduct by two female Swedish WikiLeaks volunteers during a stay in Sweden. A Swedish prosecutor wants to question him about the accusations.

Assange, who denies the allegations, was remanded in custody at an initial British court hearing last week.

Assange and his lawyers have voiced fears that US prosecutors may be preparing to indict him for espionage after the WikiLeaks website published details of some of a trove of 250 000 secret US documents it has obtained.

“I came to Sweden as a refugee publisher involved with an extraordinary publishing fight with the Pentagon, where people were being detained and there is an attempt to prosecute me for espionage,” Assange said in a documentary broadcast on Swedish public television on Sunday.

The US Justice Department has been looking into a range of criminal charges, including violations of the 1917 Espionage Act, that could be filed in the WikiLeaks case.

A ComRes poll of 2 000 Britons for CNN found 44% believed that the sex allegations against Assange were an excuse to get him into custody so the United States could prosecute him for releasing the secret papers. The same proportion believed Britain should send Assange to Sweden to face questioning.

Internet activists launched “Operation Payback” to avenge WikiLeaks against those perceived to have obstructed its operations. They temporarily brought down the websites of credit card firms Visa and MasterCard, as well as that of the Swedish government, last week.

The activists changed tack at the weekend, saying they now aimed to publish parts of the US cables as widely as possible.

Assange’s Swedish lawyer has said he would fight any attempt to extradite his client.

Assange is alleged to have sexually molested one woman in Sweden by ignoring her request to use a condom when having sex with her. Another woman alleged Assange had sex with her without a condom while she was asleep.

Swedish prosecutors opened, then dropped, then re-opened an investigation into the allegations. The crime he is suspected of is the least severe of three categories of rape, carrying a maximum of four years in jail. – Reuters