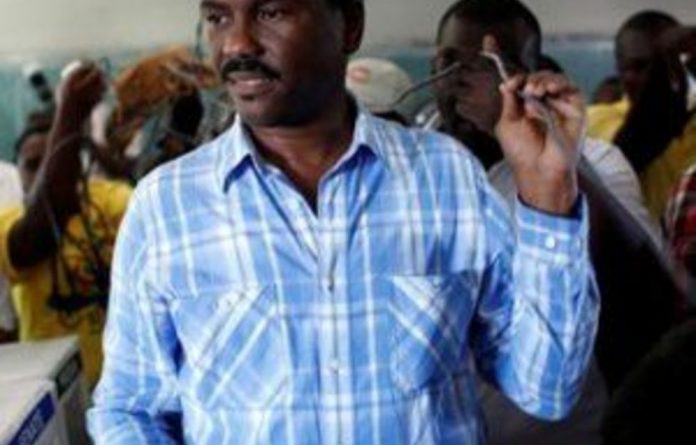 Haitian President Rene Preval has agreed not to release final results of the impoverished country’s disputed elections until after consultations with members of the Organisation of American States (OAS), an official told Agence France-Presse (AFP).

Assistant secretary general Albert Ramdin told AFP on Friday that OAS Secretary General Jose Miguel Insulza “spoke with President Preval today and requested a delay of the announcement of the final results of the elections”.

After the call from the OAS, Preval “agreed that he would ask the [Provisional Electoral Council, CEP] not to announce any results for now, until the OAS can help with the clarification process”, Ramdin said.

The Haiti electoral commission has said it will review the results of the presidential elections released earlier this month after Preval’s handpicked candidate Jude Celestin defied predictions to win a place in a run-off vote.

“We will see if everybody agrees these terms of reference, then start the process of clarification and recount,” Ramdin said.

It was also important to not “only focus on the electoral aspect but also on creating momentum for political acceptance of the final outcome of the clarification process,” he added.

The CEP previously has set a December 20 deadline to announce final election results.

Two candidates refuse recount
The electoral commission plans a recount of tally sheets in the presence of the three main candidates, although popular singer Michel Martelly — ousted in the first round — and Mirlande Manigat — a former first lady who topped the poll — have refused to take part.

Manigat meanwhile on Friday said she welcomed a second round in the poll but not with three or more candidates, a possibility that was raised earlier this week by French Foreign Minister Michele Alliot-Marie.

Ramdin on Wednesday visited Haiti after Preval asked for the OAS to set up a mission to help in the recount, which he said could be ready by early next week.

However, Ramdin said the special mission was not prepared to travel to Haiti unless the final election results were delayed.

“There’s no sense in clarifying the election results if those results are made final,” he said.

Ramdin also said the special mission “can only be successful if it is given access to all the information and an independent report is guaranteed.”

The OAS official said that over the weekend Celestin, Manigat and Martelly would be consulted to see if an agreement can be reached on how the recount is to be carried out.

Once an agreement is reached, he added, the recount will begin.

‘Flawed results’
Martelly, who lost the number two spot in the November 28 polls by a mere 7 000 votes, on Wednesday warned that his supporters could “take to the streets” to protest what he insists were flawed election results,

“I’m telling you, if they come back to us with bad solutions, the people are going to take to the streets,” he told AFP.

The singer called this week for a re-run of the entire vote, with all 18 candidates taking part in the do-over, and the victor claiming Haiti’s presidency.

United Nations peacekeepers in riot gear had to restore order in major cities last week after at least five people were killed in politically charged riots, but the streets of Port-au-Prince have been calm since Friday.

Haiti’s chaotic election was carried out amid widespread allegations of fraud and the disenfranchisement of thousands of quake survivors and slum dwellers, who either couldn’t get the necessary papers to vote or weren’t on the register. — Sapa-AFP