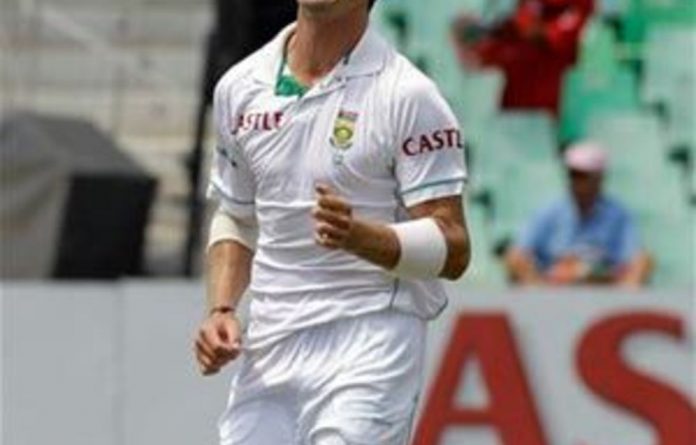 Dale Steyn took his 15th Test “fifer” as India were dismissed for 205 before lunch on day two of the second Test at Kingsmead on Monday.

Steyn finished with six for 50 and both Lonwabo Tsotsobe and Morne Morkel shared in the spoils with two wickets apiece.

Resuming on 183 for six in bright sunshine, play got underway 30 minutes earlier to make up for all the overs lost on the previous day.

Indian captain Mahendra Singh Dhoni was on 20 overnight and Harbhajan Singh on 15.

Harbhajan (21) was dropped on 16 by Jacques Kallis in second slip with Morkel’s second delivery of the morning but he only added five more runs before he got a thick edge towards third slip where AB de Villiers made no mistake diving goalkeeper-style to take a double-handed catch.

The wicket gave Steyn his five-wicket-haul, the second in successive matches against India.

Zaheer Khan made a brief appearance, facing just five balls before he was caught behind for a duck, giving Morne Morkel his first wicket of the match.

India’s 200 was brought up in style with a big six from Dhoni but, surprisingly enough, his was the next wicket to fall to Steyn. He was caught in deep cover by Alviro Petersen after making 35 off 57 balls.

Sree Sreesanth made a golden duck, caught behind off Morkel, and that left Ishant Sharma not out on one.

It was another dismal batting performance by India and they will be disappointed not to have reached 250. — Sapa