US Republicans arm for Congress battles 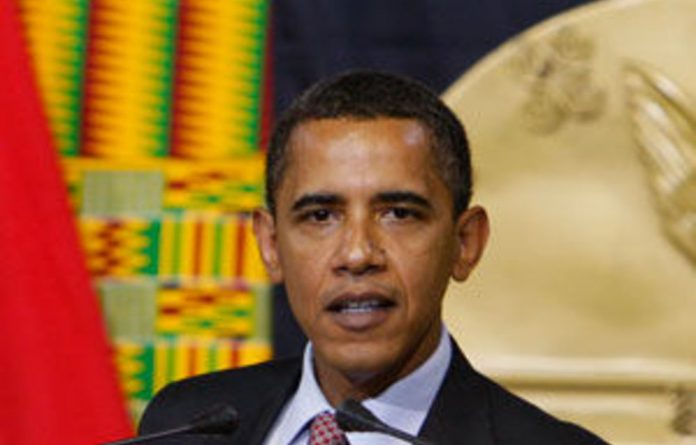 US Republicans eagerly geared up for battle in Congress this week, warning Democrats of an aggressive push to slash spending and an early assault on President Barack Obama’s signature healthcare reform.

With most politicians already eyeing the 2012 presidential election, the US Congress returns on Wednesday with Republicans in control of the House of Representatives and a slimmed-down Democratic majority in the Senate.

Buoyed by their gains in the November mid-term elections, which also saw the grassroots conservative Tea Party movement win its first lawmakers, Republicans are champing at the bit to try to unravel two years of legislation enacted by Obama’s Democrats.

Topping the Republicans’ “to do” list are the nation’s $1,3-trillion budget deficit and healthcare reform, with right-wing lawmakers saying they are responding to voters’ anger at the stagnant economy and high unemployment.

Representative Fred Upton, who takes over as chair of the powerful Energy and Commerce Committee, vowed tough oversight and “to bring up spending reductions virtually every week”.

And he told Fox News on Sunday his committee would hold a vote on moving to repeal Obama’s healthcare reform before the presidential State of the Union address at the end of January. Republicans cannot repeal health reform while Obama has a presidential veto, but plan instead to block White House efforts to fund its implementation.

“If we pass this Bill, it will put enormous pressure on the Senate to do the same thing. But then we’re going to go after this Bill piece by piece,” Upton said.

“So we will put forth a clean repeal Bill of Obamacare.”

In his weekly national address on Saturday, Obama reminded Republicans taking control of the House of Representatives that they have a “shared responsibility to move this country forward”.

“It’s time to make some serious decisions about how to keep our economy strong, growing, and competitive in the long run,” the president said.

But serving notice that a spirit of bi-partisanship hesitantly forged in late December looked set to evaporate, Representative Darrell Issa said: “I think we’re going to be in a constant battle over jobs and the economy.”

Issa, who will be the new chairperson of the House Oversight and Government Reform Committee and who last year called the Obama administration “one of the most corrupt”, also warned he intends to rigorously oversee spending.

Debt ceiling
The Republican bid to rein in spending appears focused in part on the nation’s debt ceiling.

The US is about $400-billion away from hitting the current debt ceiling of $14,3-trillion. But fiscal conservatives in Congress are opposed to raising the limit, believing it is already high enough.

Refusing to raise the ceiling would be “insanity” and would mean “essentially defaulting on our obligations, which is totally unprecedented in American history”, warned Austan Goolsbee, chairperson of Obama’s council of economic advisers, on ABC’s This Week.

But incoming lawmaker Mike Kelly told CBS: “Raising the debt ceiling to me is absolutely irresponsible. We’ve been spending money for so long that we don’t have and keep saying, well, it’s OK.”

Democratic Party chairperson Tim Kaine said on Sunday the president, while aiming to work with the Republicans, was not going to kow-tow to them as they wield their newfound political muscle.

“He’s not going to play ‘mother may I’ with the Republicans. He’s going to govern,” he told CNN. — AFP

The lifeline subsidy may enable those who are already connected through smart devices to use data more optimally to enjoy the benefits of being connected, but it does not assist with bringing the 50% of South African’s who are offline, online
Read more
Coronavirus