Private good; public not so bad 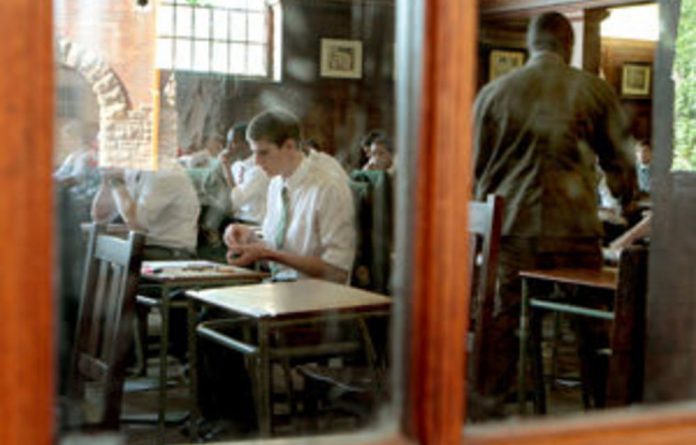 Education is an important lever of change and progress in South Africa. Even though matric results are not a very satisfactory way of assessing the quality of our education system, at present they are the only public, uniform measure we have.

So it is hardly surprising that the release of the results generates a tornado of public interest and comment. What is quite surprising is the very vitriolic and partial nature of a lot of the comment.

Three beliefs coming through this commentary need to be countered. The first is to do with the state (public) education system as a whole. The belief seems to be that the whole system is somehow not to be trusted, or not working, or not changing, or not making a difference to learners. Linked to this, and expressed by various commentators, are the beliefs that only white learners do well and only private schools produce the really good results.

As happens every year, positive and uncritical comment greeted the Independent Examinations Board (IEB) results released on Tuesday last week before the state examination results on Thursday. The IEB results are pleasing but unsurprising. The system is small and easy to manage. Learners writing these exams come from the top end of the private school sector, mainly elite and expensive schools where learners achieve the results for which they pay — R60 000 a year at one boys’ day college, for instance.

While these results are obviously extremely important for individual learners, they are not as important in a wider context. The 2010 IEB exams were written by about 8 000 matriculants at 175 schools. The 2010 state matric exam results came from 537 543 full-time learners at 6 670 schools.

To compare the IEB results with the whole state system is to compare an apple with a herd of elephants. The correct way would be to compare IEB schools with the top 50 state schools. State schools are generally larger than private schools; the top 50 would produce about 8 000 matrics.

These are the state schools at which learners routinely achieve 100% pass rates and more than 95% qualify for admission to bachelor degree study (what used to be called “university exemption”).

While most of the top state schools are the fee-paying schools in the suburbs, it is good to note that there are also a small number of no-fee schools, urban and rural, doing exceptionally well.

The private schools that write state exams range from elite to poor schools. This diversity in the private education sector is to be welcomed; it adds richness and resources to our educational landscape and provides options for parents and learners. However, it does mean that there is no basis for a simplistic comparison across the education sectors, or a superficial conclusion of “private good, public bad”. In fact, some of the private schools writing the state exam fare rather badly.

What about race? The idea that only white learners fall into the top brackets of achievement seems to be derived largely from photographs in newspapers. The department does not release results in race categories, but there is some information that can be put together to get a picture of what is happening.

There are 5 145 former model C schools. These make up 20.8% of all state schools and house more than 2,4-million learners. We know that 58% of learners at model C schools are black and about 40% are African.

From research conducted by the South African Institute of Race Relations we know that black learners do significantly better in former model Cs than in other state schools. The most dramatic difference highlighted in this research is in the Eastern Cape, where 95% of African learners in model C schools passed, as against 47% in all state schools. So the idea that black learners all perform poorly because they are trapped in state schools that all perform poorly is simply not true.

It is also worth taking a closer look at language and examinations. Just over 150 000 learners wrote the matric exams in their first language this year. By far the majority of matric candidates, 449 080, wrote English as a subject as a first additional language. A further 77 449 wrote Afrikaans as a subject as a first additional language. Papers for all the other subjects are set only in English or Afrikaans. Perhaps against this background it is easier to celebrate the achievement of learners who did do well despite studying and writing exams in a language that is at best a second language for them.

The sheer size and diversity of the state system make it vulnerable to attack on a wide area. Every expert can find a small spot to home in on and criticise. For example, it is quite correct to say that we need many more learners to pass maths at a level higher than 60%. But it is wrong to conclude from this that no progress has been made in mathematics overall. The introduction of mathematical literacy means that all learners must engage with a level of mathematics, with numerical literacy and problem-solving for their entire high school career. They can’t just drop the arduous task of dealing with figures after grade nine as they could in the past.

A compulsory mathematical literacy exam, one of the innovations of the curriculum introduced in 2008, is an asset. This subject teaches learners to understand the cost of debt and the real price of items bought on hire purchase or mortgage. The same information is covered in the financial maths section of the maths paper, so matriculants and post-matriculants, unlike their elders and betters, should recognise a debt problem when they see one.

Of course mathematical literacy doesn’t equip anyone to study engineering or actuarial science. Learners wanting to follow these fields need to do not only maths but the optional maths paper 3 as well. Let us debate how widely maths paper 3 is available and how many learners choose to write it. But let us at the same time commend the introduction and usefulness of maths literacy.

One of the problems with the matric exam is that it is not one thing. Those learners who scrape a pass at the lowest level and who study the least academic subjects do not have the same skills and knowledge as the learners who study more academic subjects and pass well in them. They do not have the same prospects when it comes to further study or employment.

By all means let us have a sober national conversation about how well the school system prepares learners for post-school study, the low pass requirements, learners who pass at the 30% and 40% levels, learners who fail and learners who drop out before reaching grade 12. But let us not use the plight of those learners to imply that a well-taught learner with an A or a B in physics won’t make it at university. And let us not come to simplistic conclusions about what is working and what is not.