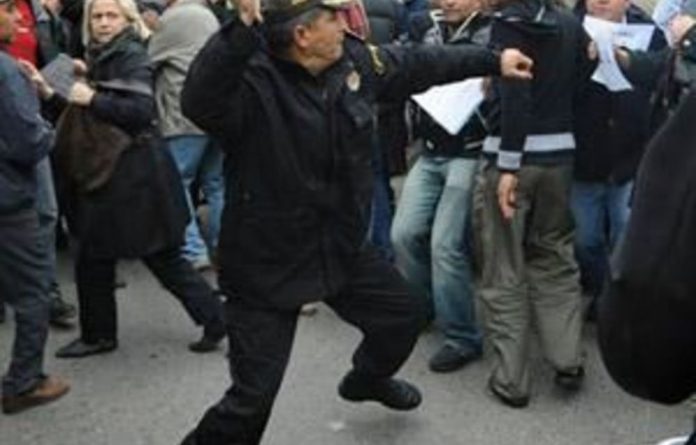 At least 117 people died, including 70 killed by live fire, in five weeks of bloodshed linked to demonstrations which led to the ousting of President Zine al-Abidine Ben Ali, she said.

The Tunisian government has said at least 78 people have been killed in the unrest, sparked by a wave of protests against unemployment, repression and graft.

Perpetrators of the killings and other serious human rights violations must be held accountable by an independent judiciary, according to Pillay, a former UN war crimes judge.

“Because without justice we will not have proper peace and reconciliation in Tunisia, so that is essential,” she said.

Her assessment team, composed of four or five senior UN human rights officials, should be in the North African country soon and has got permission from the new unity government, she said.

“We have not done this before, we’ve never been able to act so fast before. You do need the cooperation of the authorities,” Pillay told a news conference.

‘Seeds of change’
Switzerland said on Wednesday it would freeze assets belonging to Ben Ali, a measure aimed at encouraging the new authorities to lodge claims to recover the funds.

“While it is still very early days, it is important that the seeds of change are sown wisely and sown now, before former entrenched interests start to reassert themselves, or new threats emerge. We must act quickly, so when a free and fair election takes place in the near future, the next government is in a position to move forward from day one,” Pillay said.

She voiced sadness at suicides in the region — Egypt, Algeria and Mauritania — apparently inspired by an immolation in Tunisia in protest at living conditions and repression that prompted the demonstrations there.

“This is now a learning call that should be heeded in the entire region,” she said. — Reuters