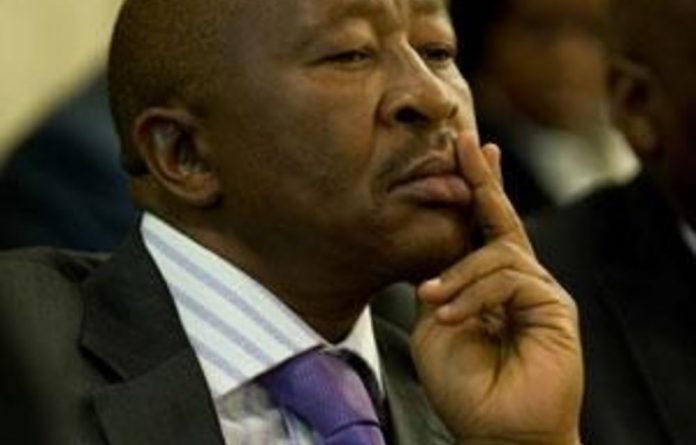 Mokoetle told SABC radio news he left with nothing not due to him, following Wednesday’s announcement he had stepped down.

The New Age newspaper reported on Thursday that Mokoetle was “laughing all the way to the bank after securing a massive golden handshake to leave the corporation”.

It said lawyers representing him agreed on the settlement, believed to be about R30-million.

Start of a new chapter
Meanwhile, Communications Minister Roy Padayachie commended the SABC board and Mokoetle for the mature manner in which the situation was handled. He believed it was time to “open a new page and start a new chapter” in returning the SABC to normality.

“The importance of a stable public broadcaster that functions optimally to meet its mandate cannot be overemphasised.

“In the recent past the nation has been subjected to continuous reports about cracks within the leadership ranks of the SABC, tension between board members and senior management, a total breakdown of corporate governance and financial instability leading to cash flow challenges,” said Padayachie.

Mokoetle said on Wednesday he was exhausted following a tough six months at the SABC.

He was the SABC’s chief operations officer between 2001 and December 2006, and appointed by former communications minister Siphiwe Nyanda.

His appointment was opposed by the SABC board as he reportedly left the state broadcaster in a huff as COO, following a damning audit report compiled by Gobodo Forensic and Investigative Accounting in 2005.

The report found he had badly failed in his corporate governance duties.

Showdown
A showdown between Mokoetle and the board came after the former nominated Phil Molefe as head of news.

The board eventually suspended him for Molefe’s appointment, and also alleged Mokoetle had failed to come up with a turnaround plan for the broadcaster.

He said it was no longer possible for him and the board to work together following a breakdown in their relationship. — Sapa