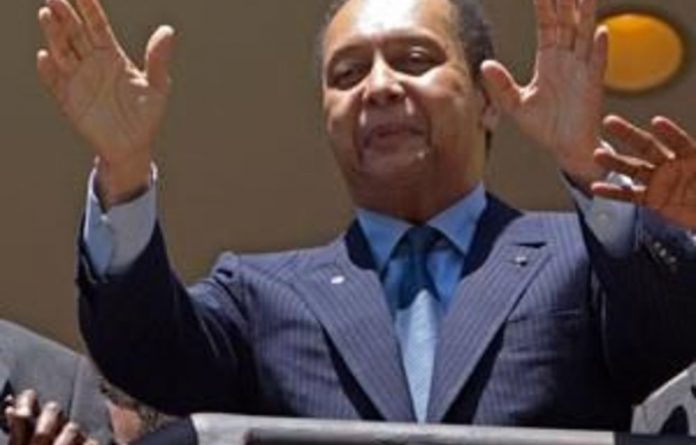 Former Haitian dictator Jean-Claude Duvalier, in his first public statement since his surprise return from exile, offered his sympathies on Friday to those who suffered abuses under his rule.

But Duvalier (59) who faces charges of corruption and crimes against humanity filed since his unexpected reappearance in his earthquake-ravaged Caribbean homeland on Sunday, stopped short of making a clear apology for the killings and torture that occurred during his 15 years in power from 1971-1986.

“I take this opportunity to express once again my profound sadness for those of my fellow citizens who genuinely see themselves as victims under my government,” Duvalier said.

Clad in a dark blue suit and seeming frail, his remarks came in a prepared statement that he read to journalists at a private home on a mountainside overlooking the capital Port-au-Prince, in an enclave of Haiti’s tiny but powerful elite.

The poorest country in the Western Hemisphere has been awash with speculation about the reasons for Duvalier’s return since he stepped off an Air France flight on Sunday.

It has added to political uncertainty fuelled by a protracted electoral impasse in Haiti, as it also grapples with a national cholera epidemic and slow-going efforts to recover from a catastrophic earthquake a year ago.

‘Show solidarity’
Echoing brief comments made on his arrival, Duvalier said he had returned “to show solidarity in this extremely difficult period of the nation’s life”.

Apart from a vague reference to helping “to rebuild the country”, he failed to detail any specific causes or endeavours, however.

Although it was billed as a long-awaited first news conference, Duvalier took no questions from reporters at Friday’s gathering. A crowd of about 100 supporters on hand for the event sang “Duvalier, the country is yours, do whatever you want,” to a song punctuated by beating drums.

Human rights groups accuse Duvalier of plundering state coffers and of continuing the reign of terror of his father, Francois “Papa Doc” Duvalier, who died in 1971.

In addition to his remarks about “victims” of the bygone era when he ruled Haiti like his personal fiefdom, Duvalier voiced sympathy for many supporters who he said had been targeted by lynch mobs when he fled in the face of a popular uprising in 1986.

“Thousands were assassinated cowardly, burned, grilled, burned with tires,’ he said. He did not elaborate, but urged an end to political bloodletting in a land that has suffered an unenviable list of woes since a slave revolt threw off French rule more than 200 years ago.

“When you make sure that the bell of national reconciliation resounds in all hearts … and in each district, neighbourhood and home, then we will rapidly reach the day where all of Haiti’s children, men and women, in the country and in the diaspora, will be able to march hand in hand without exclusion and to participate together in the rebirth of Haiti,” Duvalier said. – Reuters