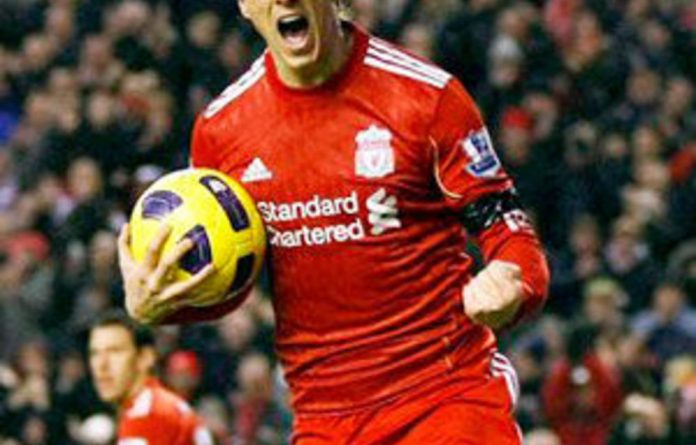 Chelsea smashed the British transfer record to sign Spain striker Fernando Torres for £50-million from Liverpool on Monday, who had earlier made a club record swoop for Newcastle forward Andy Carroll on a dramatic January deadline day.

The Blues last week had a £35-million offer for Torres rejected, a move which prompted the 26-year-old to submit a written transfer request on Friday, which was also turned down.

But Chelsea owner Roman Abramovich was determined to revitalise his faltering English champions and the Russian finally got his man late on Monday.

A remarkable day in the Premier League gathered pace from the moment Liverpool had a bid accepted for England striker Carroll.

Liverpool had two previous offers for Carroll rejected but the player — who despite an impressive first season in the Premier League has also made the front pages with some unsavoury headlines — forced Newcastle’s hand by delivering a transfer request, which the Magpies reluctantly accepted.

“These have been some hard days for me, especially because of everything I am leaving at Liverpool, but I am sure I am taking one of the biggest steps forward in my career,” Torres told Chelsea’s official website.

“Chelsea are the kind of team I want to play for. They are one of the biggest teams in Europe and are always fighting for everything.

“The target for every footballer is to play in one of the top-level clubs in the world and I can do it now.”

Torres was not the only arrival at Chelsea as they struck a deal with Benfica for Brazilian defender David Luiz.

The transfer is believed to be worth £17,1-million up front, with another £4,3-million to be paid in 2013 and midfielder Nemanja Matic to join Benfica as a makeweight.

Young striker Daniel Sturridge left Chelsea to join Bolton on loan for the rest of the season.

Suarez agreed a five-and-a-half-year contract and the 24-year-old, who scored 111 goals in 159 matches for Ajax, will wear the iconic number seven shirt made famous by the likes of Dalglish and Kevin Keegan.

Blackpool, who held on to Charlie Adam after possible moves for their playmaker to Liverpool and Tottenham fell through, made four signings.

They brought in Republic of Ireland midfielder Andy Reid from Sunderland for an undisclosed fee, landed James Beattie on loan from Rangers, took Sergei Kornilenko on loan from Zenit St Petersburg until the end of the season, and agreed a similar deal for Southampton winger Jason Puncheon.

Newcastle signed Stephen Ireland on loan from Aston Villa and Eidur Gudjohnsen joined Fulham on loan until the end of the season from Stoke.

Aston Villa took American midfielder Michael Bradley on loan from Borussia Monchengladbach for the rest of the season.