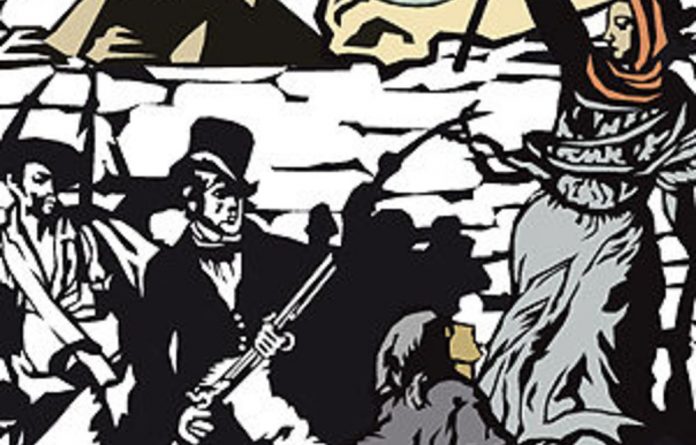 “Twitter will ‘save’ Africa” is a good headline. But what does it mean? I’m using Twitter to stand in for social media in general, of which there are many more than the big five of Facebook, YouTube, Twitter, MySpace and LinkedIn, but what should concern us is what “saving Africa” actually entails.

The true worth of social media lies not in its ability to make time pass in a blur, but in its disruptive potential politically. All over the world, social media practitioners are using the power of the internet to fight despots, dictators, corrupt politicians, evil regimes and cellphone companies. They’re also using it to bring knowledge and information to places where those essentials for civic action are sorely repressed.

The internet is our next battleground and we need to understand the terms of this engagement. And I’m not only, or even primarily, talking about the battle for — and forgive the shorthand — the healthy survival of democracy and constitutional rights in Africa.

A crucial element of this war will be, as always, who wins the peace. To put it crudely, are we going to fight for a democracy determined by the purveyors of those social media platforms crucial to the struggle, or one that defines itself outside of the terms of its production?

Who should police the internet?

With the recent WikiLeaks debacle and the ANC Youth League’s threat to shut down Twitter, the question of policing the internet has been a prominent one of late. Some of the most outspoken minds on this topic sat down to hash it out.

The Egyptian revolution is the most recent arena in which we can usefully see how the internet, and social media specifically, threatens government and facilitates social change. But others are: WikiLeaks; the Google vs China spat; the role of Twitter in the Iranian elections in 2009; Hillary Clinton’s threatening speech on internet freedom in January of last year; the part Twitter played in the Tunisian uprising; the ludicrous nomination of “The Internet” for the Nobel Peace Prize; and locally and even more ludicrously, our own ANC Youth League’s threats to have Twitter closed down if people didn’t stop what the youth league termed the “cretation” of fake accounts making fun of Julius Malema.

‘Power of the internet’
Each of these examples can be thought of in four ways. First, as evidence of the beneficial power of the internet, which many refer to as the internet’s “democratising” power. Second, as an example of the evils inherent in an uncontrolled internet and the damage that can be caused by any random agent at any time.

M&G Online Editor Chris Roper fields questions from the audience about who should police the internet, at a recent Critical Thinking Forum on the topic.

Third, as proof of one or more ideological agendas that the internet is either structurally or politically, but always consciously, designed to further. These are usually typed as an American agenda, especially in the social media sphere. And, last, as creatures of a technological imperative, existing outside the overt control of the technology’s owners or creators and pursuant to how the technology is inserted into society.

The two best recent examples are WikiLeaks and the Egyptian revolution. On the one hand, WikiLeaks is a victory for the little man, even if the little man turned out to be a creepy Australian. On the other hand, it’s an example of the damage that can be caused by an unmediated revelation of information that doesn’t differentiate between shades of grey, instead believing data should be neutral vanilla.

And, on yet another hand (the underhand, in this case), we are shown that the self-trumpeted guardian of the internet, the United States, is itself riven with contradictory practices intended to curtail the freedom it peddles as universal. I refer to things such as Mastercard and Visa cutting off WikiLeaks’s access to donor funding, and a US court’s recent order that Twitter hand over details of WikiLeaks’s and WikiLeaks supporters’ account details.

And, if I may be allowed a hypertextual fourth hand, WikiLeaks shows that the structure of the internet must, inevitably, lead to the ability to disseminate information despite any attempts by governments to prevent it.

I’m focusing here on what we could term a philosophical appraisal of internet freedom. There are more mechanical freedoms, and curtailments of freedom, such as the recent attempt by Verizon to overturn the American Federal Communications Commission’s ruling prohibiting broadband providers from interfering with internet traffic on their networks and Egypt’s shutting down of internet access in the country.

Unquestionable norm
Much has been said about the internet’s power to democratise. But, in the same way that those who are digital immigrants question things that digital natives take for granted (and those loaded terms deserve their own deconstruction), we need to question things that thoroughly democratised nations view as the unquestionable norm.

These are, broadly, the type of democracy we’re being offered, who has access to the workings of that democratic structure, both for reasons of taking part and of altering its DNA, and what the long-term effect will be on the way we’re forced to be assimilated into global politics. And the US is the democratic best-of-breed here, in spite of suspicion that its version of democracy would preferably not include Egyptian voters’ ability to choose a party such as the Muslim Brotherhood.

Currently, freedom online is defined, overwhelmingly, as the ability to challenge the status quo and to promote democracy. I believe, speaking gnomically, that Twitter will save Africa. We just need to be sure we know whose version of democracy will prevail and for whom Twitter will be saving the continent.

Follow Chris Roper on Twitter @chrisroperza. This is a version of a talk given at the recent Konrad Adenauer Stiftung and the M&G‘s Critical Thinking Forum: “The wild wild web: who makes the rules?” Watch the video at mg.co.za/wildwildweb