Africa can live up to its promise 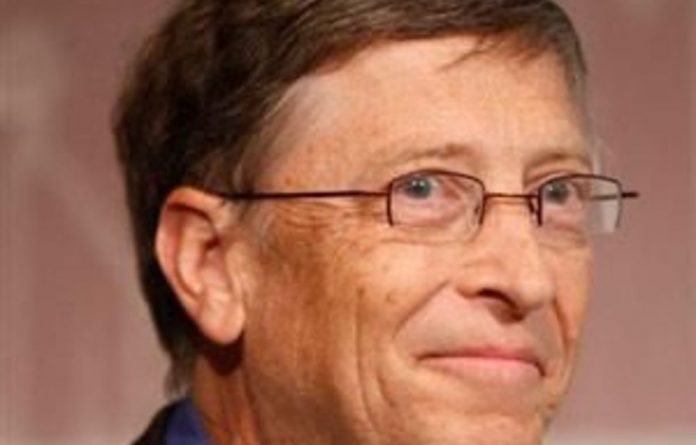 In 1993 Melinda and I took our first trip to Africa. I was working with Microsoft at the time and I was convinced that the power of technology could change the world.

But during our visit, I saw that many of the world’s life-saving, life-enhancing discoveries were not available in Africa. That was deeply upsetting to me. It didn’t fit my belief that innovation is for everyone.

I became convinced that if science and technology were better applied to the challenges of Africa, the tremendous potential of the continent would be unleashed and people could be healthier and fulfil their promise.

Since our first visit many African countries have made striking advances, driven by wise government investments in health and education and agriculture. Incomes have risen. Poverty has fallen. Trade and investment have doubled. Childhood deaths are down. Africa is on the rise.

When a country has the skill and self-confidence to take action against its biggest problems, it makes outsiders eager to be a part of it. That is why Melinda and I are so optimistic about our work on the continent. We see the promise.

In my annual letter I talk about the promise I see in so many areas of health and development and I argue that the key to living up to this promise is great leadership. The African Union meeting in Addis Ababa — held earlier this week — was a great time for African leaders to consider what it will take to continue the upward trend in Africa.

The principle focus of our foundation is on health. We believe that if children are healthy, they can learn, become educated, start businesses, improve their farms and help their families prosper.

Fall behind
But if we don’t keep moving forward, we will quickly fall behind. In the past few years we didn’t do so well vaccinating for measles and that led to outbreaks in 28 countries. This doesn’t have to happen. Last year Melinda went to Malawi and was inspired to see that front-line, well-trained healthcare workers helped the country reach at least 85% of all infants with standard vaccines. All countries should try to match that.

An immediate test is polio. Polio cases have dropped by 99%. We are on the threshold of eradicating the disease. But the past few years have given us a humbling lesson in how difficult it is to eradicate a disease. The answer is a strong, society-wide partnership of people and their leaders to strengthen vaccine coverage. We can end polio. We are so close.

We have been especially impressed with Africa’s progress on malaria. Ten countries have dropped cases and deaths by 50%. The effort has been a model of government-citizen action. I hope we can see this same kind of partnership in other crucial challenges, such as Aids, vaccines and agriculture.

Aids treatment has expanded to five million people. That’s an impressive accomplishment. But there are 33-million people living with HIV. Treating every one of them would cost four times the money currently provided. The maths is harsh, but inescapable: we cannot defeat Aids unless we dramatically cut the number of new cases through prevention.

To do that, we have to make new preventative tools widely available as soon as possible, especially male circumcision, microbicide gels and an anti-HIV drug that blocks infection. The people of Africa and their leaders should demand these preventative tools now.

Finally, I believe that agriculture — our foundation’s second-biggest commitment — offers one of the greatest opportunities in Africa. If African farmers can use improved seeds and better practices to grow more crops and get them to market, then millions of families can earn a better living and a better life.

The Alliance for a Green Revolution in Africa, led by Kofi Annan, is working to develop and distribute new seeds that have higher yields and stronger resistance to pests, drought and disease. If citizens and their governments ensure that African farmers can use these new seeds and have all the advantages of recent advances, the farmland of Africa can become the answer to hunger and poverty — and a trigger for wide economic growth.

Africa’s future is in the hands of its people and its leaders. Melinda and I want to work with you to advance your progress. We want to help fund the innovations that can help every person live a life of health and opportunity. For us, this is the most meaningful work we can do. We’re honoured that you let us be a part of it.

Bill Gates is co-chair of the Bill & Melinda Gates Foundation. This is an edited version of his 2011 annual letter.