Manyi: Don’t ask me about my past 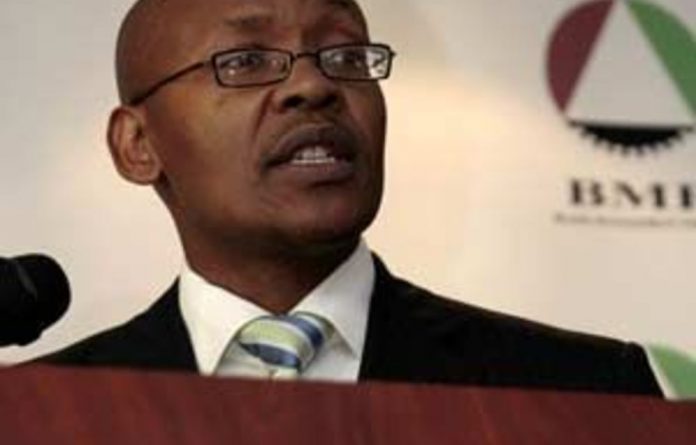 In what was described as a “welcoming party” for new government spokesperson Jimmy Manyi, the Black Management Forum (BMF) president addressed members of the media in Cape Town on Wednesday night ahead of the State of the Nation address by President Jacob Zuma.

In one of his first major speaking engagements since his surprise appointment, Manyi was on a full charm offensive while acknowledging that he was stepping into big shoes. His predecessor, Themba Maseko, was considered very capable in the job while Manyi courted controversy in his former post as director general in the department of labour.

Manyi, however, was not daunted. “I’m a bit taller than Themba [Maseko] so even if I wanted to I can’t wear his shoes,” he told journalists, gathered at Primedia Studios in Green Point for a briefing organised in conjunction with the station and the Government Communication and Information Systems.

He said he was humbled by the appointment, and would be building on the good work done by Maseko, who is now director general at the department of public service and administration.

Critics have slammed Manyi’s dual role as BMF head and his lack of communication experience, and warned that he risks becoming the story itself instead of communicating government matters.

The African National Congress hit back at the media for “demonising” Manyi before he had begun his job.

Speaking to dozens of journalists at the briefing, Manyi emphasised that he would not be speaking on behalf of the BMF any more, directing requests to his BMF deputy, Tembakazi Mnyaka. He also sternly told journalists not to question him on his past, saying he was beginning a new chapter.

Report ‘positively’
He also criticised the media’s focus on United States President Barack Obama. “We see more Obama on our television than we do of our own president,” he said.

Manyi also took the opportunity to urge journalists to report “positively” on the government, and to tell good news stories. Primedia Broadcasting’s head of news and current affairs, and chairperson of the National Press Club, Yusuf Abramjee responded by jokingly directing the request to New Age reporters. The newspaper, recently started by the Gupta family — who are close to President Jacob Zuma — is committed to reporting positively on government and current affairs.

Minister in the Presidency Collins Chabane took to the podium shortly afterwards, and told Manyi and the media to work well together, and accept that they won’t see eye to eye on every issue.

“No two people will have the same view, and if any society doesn’t accept that then it’s a recipe for disaster,” he said.

He went on to encourage a good working relationship between the government and media. “As government we bear an enormous responsibility, but we can’t do it alone. We need the media. Do analyses. Pose questions.”

But he acknowledged the sensitivities involved. “Those of us charged with responsibility will be sensitive to criticism. It’s only natural.”

His comments come in light of a furore over media freedom in the country, following the introduction of the Protection of Information Bill, which is being debated in Parliament, and the Media Appeals Tribunal, which was mooted by the ANC but has now been put on the backburner after major international and national criticism.